Is there a backwards relationship between interest rates and savings 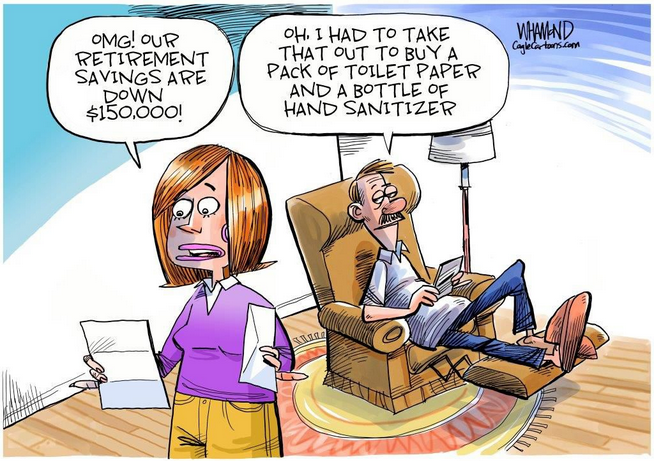 The savings rate is a bit of a monetary mystery.
Naturally people want to save but some do and some don't. Japan's saving rate has remained stubbornly high despite low borrowing costs. Economists explain that away by saying it's cultural.
Naturally, it's a complicated set of factors relating to the social safety net, the quality of the pension system and economic well-being but what if low interest rates are driving higher savings?
On aggregate, that's proven to be untrue, but what if it flips when rates hit ultra-low levels -- a sort of savings rate 'smile' that would look something like this: 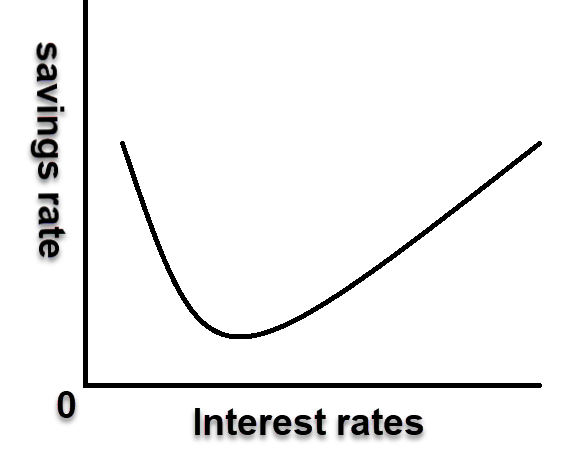 Intuitively, it makes some sense.
Take two 50-year-olds, each with $1m in retirement savings.
With that amount of savings in a 30-year bond, the first investor can reasonably conclude that he's already saved enough for retirement. His investment yields a safe $80,000 per year.
The second investor can only get $30,000 in income with the same amount of savings. He has two choices take more risk or save more. For a risk-averse investor, he's likely to require $2 million in retirement savings for a high-quality retirement.
Meanwhile, the pre-crisis era investor may still want to add to his savings but would be much more likely to spend more today.
Drawing conclusions from the data is tough because so much goes into the savings rate but it's been trending higher in the US since the introduction of zero-interest rate policies in the financial crisis.

Research from Bank of America highlighted by Zerohedge draws the same conclusion -- that once 10-year government bond rates fall below 4%, people tend to save more. 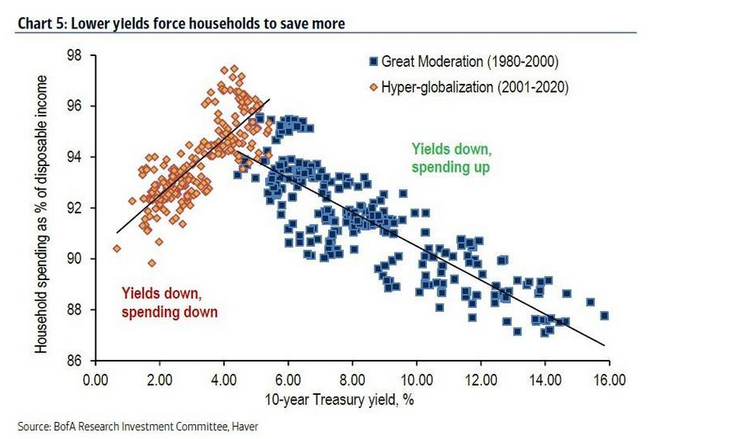 This is an idea that would truly turn monetary policy on its head. Here's how BofA puts it:

At the moment there is a heavy focus on the massive cohort of Americans that have no or very little saved for retirement but what about the example cited about. That's someone who has been successful and prudent, yet still isn't on a sure path to a good retirement. That person is the marginal spender -- especially on things like restaurants, travel and entertainment -- but they're reeling.
Another effect of destroying the traditional paths to retirement savings is that people will take inordinate risks. Saving $2 million is far beyond a reasonable assumption for the vast majority of workers and families anywhere. It's a ridiculous goal for most.
Yet people still want to retire. So they're pushed deeper out the risk curve. Central bankers politely call it a 'reach-for-yield' but investors aren't scaling down to BB-rated bonds, they're diving deeper into equities and taking absurd amounts of risk. It helps to explain the dip-buying from retail.
Overall, this kind of thinking hardly gets a second look in central banking circles. ZeroHedge presents it in a typically over-the-top fashion but within that, there's a real problem and a truly terrifying idea at work.
Read it here.
For bank trade ideas, check out eFX Plus