The latest numbers from Arizona

A lab didn't report them yesterday and that looks like it was folded into today. Yesterday just 625 cases were reported but that was on just 1524 PCR tests. The number today was 20,913.
The old record was Sunday at 3796. A week ago was 3779.
That puts the positive rate today at about 21%, which is still awful but not as bad as 41% yesterday.
I tend to think Arizona is in worse shape than other hard hits areas because testing lineups are an increasing problem and it often takes a week to get a result, so what we're seeing today is what happened a week ago. 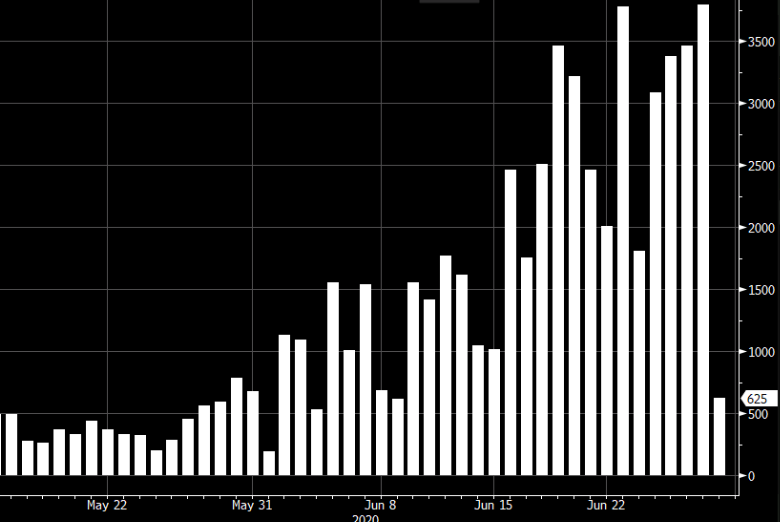