Services PMI for Australia, April from the Australian Industry Group

Up on the month to 49.7 from 49.5 prior
Still in 'contraction' though (for the 2nd consecutive month)
Key points from AiG: 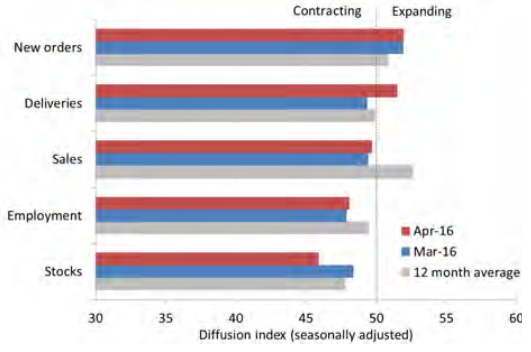