Brexit: It turns out, all you need is a little Christmas spirit

A Brexit "deal" announcement is imminent 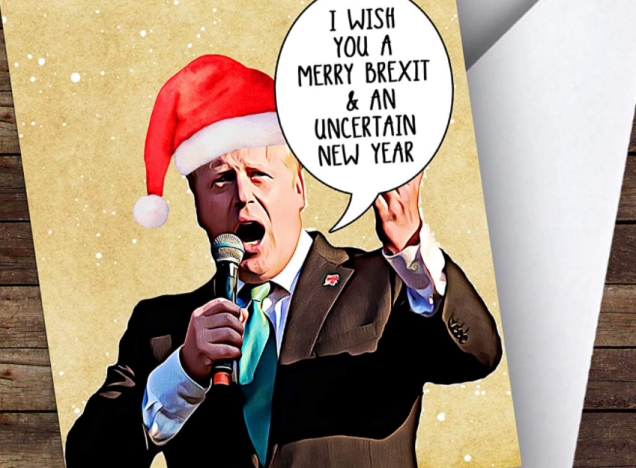 After all the theatrics, we are nearly finally there. A potential announcement was slated in the wee hours of the morning but the European Commission came out to tell everyone to get some shut eye as things will continue later this morning instead:

#brexit work will continue throughout the night. Grabbing some sleep is recommended to all brexit-watchers at this point. It will hopefully be an early start tomorrow morning...

The pound has reacted favourably since overnight trading, though thinners liquidity conditions are still making this a tough one to really grasp at this stage.
Cable moved higher, rising from 1.3400 to above 1.3500 now with the high towards the end of last week @ 1.3625 being eyed by buyers.
That said, it feels rather anti-climactic to see this all come to an end on the holidays. The market was primed for something but it just had to be a last-minute thing as it has been tradition for EU and UK negotiations in the past.
I don't think the market will scrutinise too much of the details of this "deal" during this period so the initial reaction is rather straightforward.
However, I'll be holding out some reservations as whatever this "deal" may entail, it isn't going to be enough to save the ailing UK economy. All it means is that things aren't 'that much worse' as we look towards the new year.
And not 'that much worse' isn't the right tonic to lift economic prospects, not against the backdrop of the virus still ravaging across the country and the BOE set to ease monetary policy even further going into Q1 and Q2 2021.
I still reckon the pound will do well on sentiment alone in the meantime. But against the landscape of optimism towards the global outlook as the virus crisis recedes, I fear the UK will be left behind - or at least be slower - in the recovery process.
Cable may still outperform on dollar weakness in general but against the likes of the aussie, kiwi and loonie, the pound may be in for a rough ride in the long run.
As for now, we may finally be able to breathe some relief after the months and years of haggling over a trade deal (no deal on financial services though, remember). It turns out, all you need is a little Christmas spirit to get things done.