Brexit optimism lifts cable as Conservatives get onboard 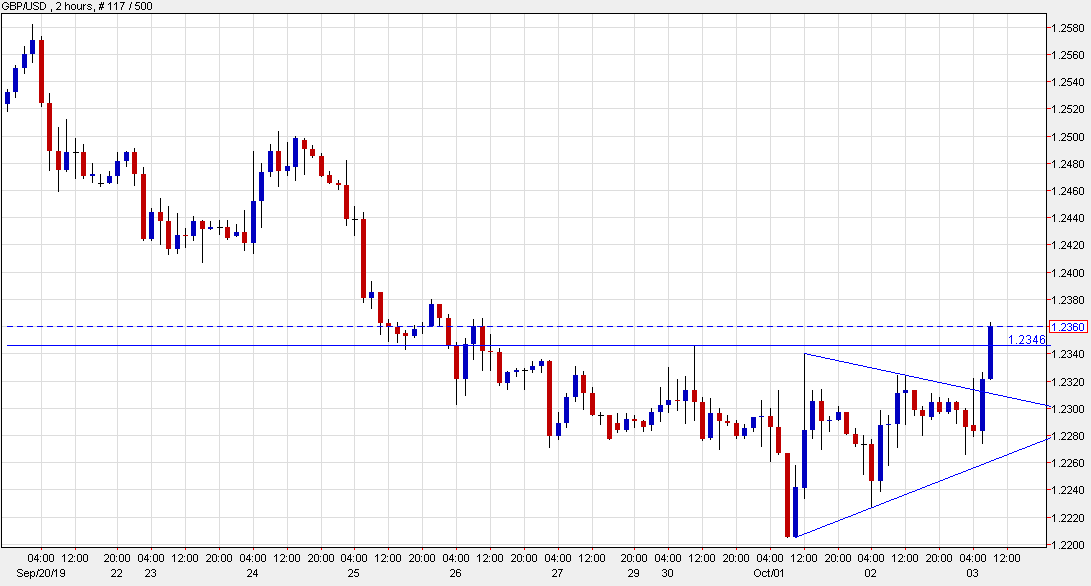 Cable is at a one-week high and has broken out of a minor wedge pattern as Boris Johnson battles for parliamentary support of his new proposal.
So far the returns are good. Tories have been lending support to the plan including those who opposed the previous deal like Steve Baker and John Baron. They may sense this is their best and final chance to get any kind of deal. The DUP is onboard as well.
The main hurdle will be Ireland, who reportedly has "huge issues" with the plan and the EU. Johnson will talk to Donald Tusk later today and that could spark a major swing.