Sterling slumps as the market opens

The Brexit vote is getting interesting in the final stretch before the June 23 decision.

An Observer/Opinium poll released Saturday showed the 'leave' side with a three point lead at 43% to 40% for 'remain'. Cable is down 48 pips to 1.4470 as trading ramps up. The pair rallied Friday after a soft non-farm payrolls report but began to slide late in the day, perhaps with traders sensing the rising Brexit risk. 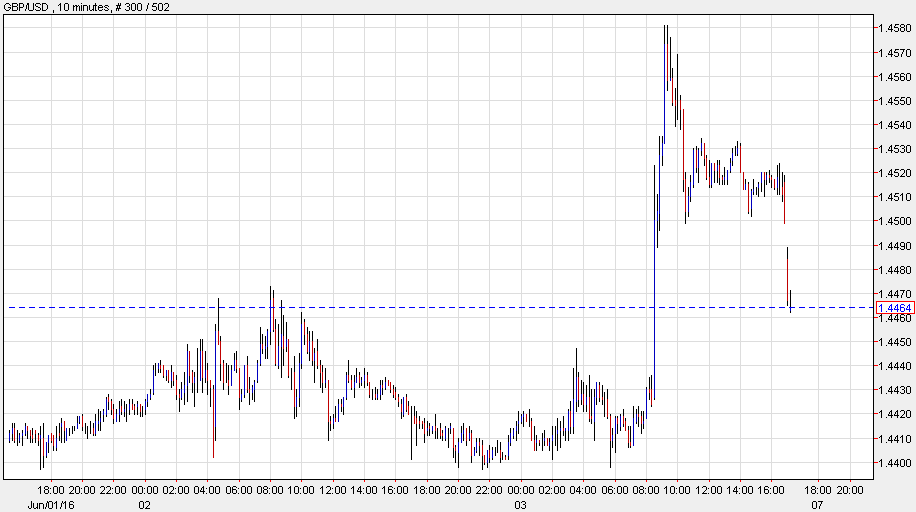 Boris Johnson is talking about the possibility of Turkey's acceptance in the EU and hammering on immigration, which 40% of voters say is their top issue.

"The impact of EU-enforced uncontrolled immigration to the UK - made worse by the euro crisis - has been to depress the wages of the low-paid, while fat cat FTSE-100 chiefs have seen their pay packets soar to 150 times the average pay of their workforce. It is time that liberals everywhere saw the EU for what it is: essentially a stitch-up between the very biggest corporations, their lobbyists and the commission to frame regulation in such a way as to keep out the competition, especially ... from start-ups and innovators," Johnson said. 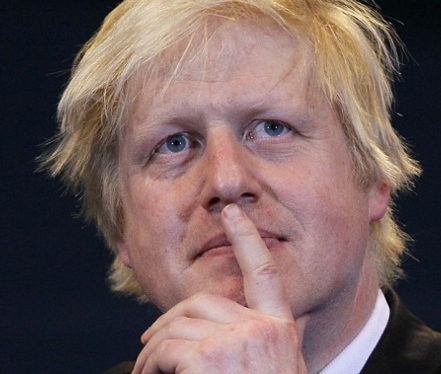