Fed's Bullard: Will watch to see if tax cuts drive up US productivity 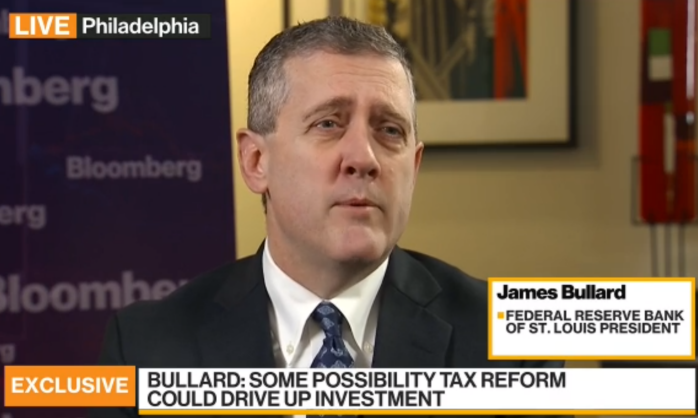 That's about it from Bullard. Plenty of topics covered in that short interview, but once again be reminded Bullard is not a voting member in this year's FOMC - so of course he has plenty to say about inflation not moving, then again he is a dove.
Anyway, his final point on reviewing the inflation target should take more merit - just blindly and constantly sticking to 2% may not be the best way for central banks to move forward in the future. It just offers a lack of flexibility - not to mention it acts like a sort of self-fulfilling prophecy.
Dollar still unchanged across the board as markets await the release of the NFP data in an hour.