Weekend news was not overly encouraging, with a miss for China's official manufacturing PMI (although a beat for services, and both did manage to stay in the expansion zone) and widespread violent rioting across the US. The concern early was for the 'risk' currencies to fall but the opening was quite mixed. AUD, NZD GBP all were a little weak against the USD right at the beginning and yen was up a touch also (ie lower USD/JPY). There was basically zero follow through. I'll come back to currencies in a moment.

Globex opened for the week, with gaps slightly lower for ES and also oil. Soon enough though bids for the USD began to slip away with AUD, NZD GBP, CAD all gaining well (AUD and NZD hit highs not seen since March this year) and even EUR/USD traded up. USD/JPY has dribbled back toward its session low as I update. After FX had recovered ES turned green. 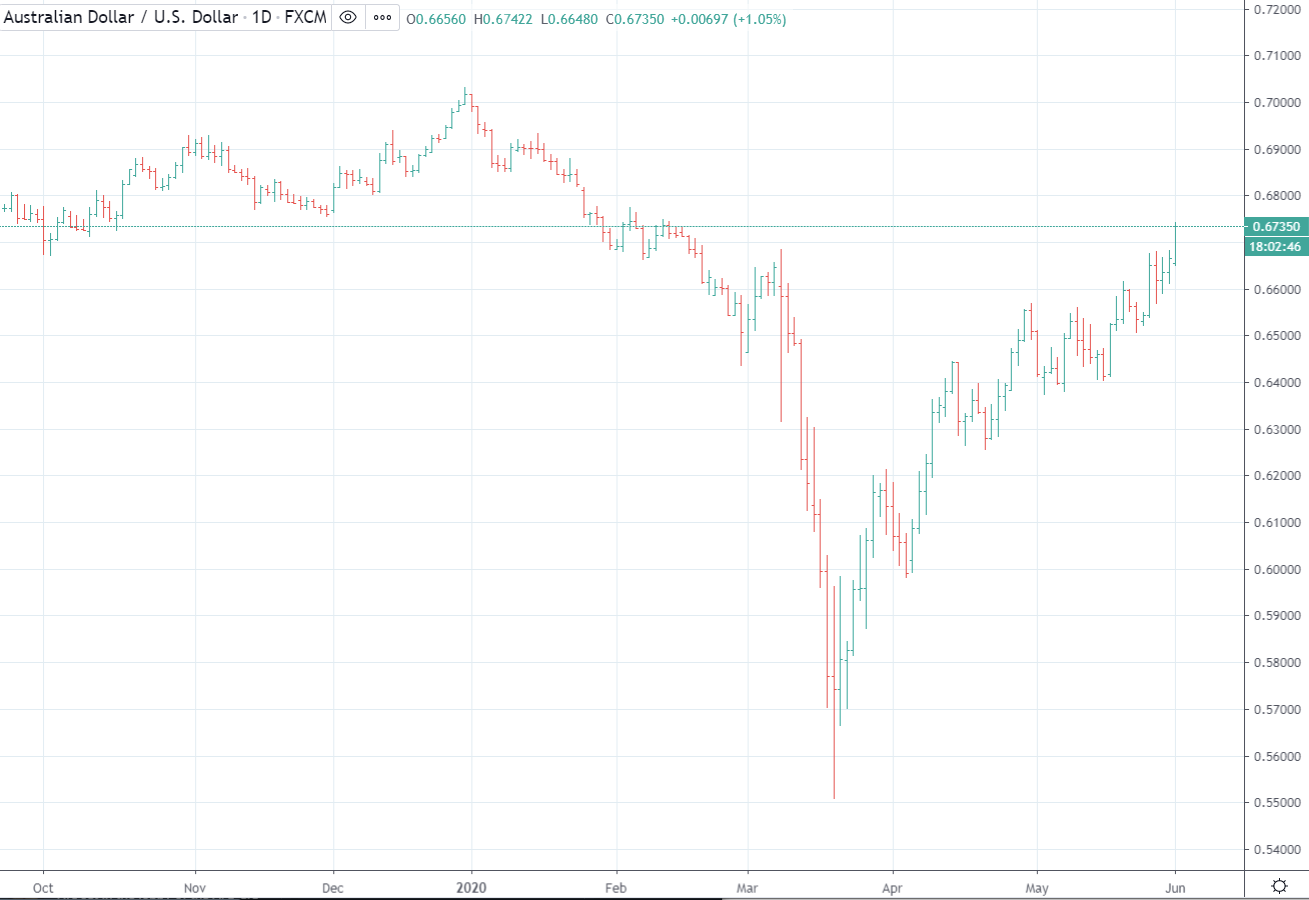 Markets looked to President Trump's response to China on the Friday afternoon just passed and assessed it as fairly meek - without significant escalation the dip we had in early Asia was bought into.

Is it right to shrug off the US riots? History has shown these movements peter out, business reopens and the US gets back to it. There might be more to come in the short term though. Firms are struggling enough as it is to reopen after the COVID-19 devastation in the US (and elsewhere), if they are forced to close again due to the threats of riots its just another weight on economic recovery.

The OPEC+ oil meeting looks like it will be dragged forward a week. It was scheduled for June 9-10 but looks set to begin on June 4. Still awaiting confirmation on this.