It was a weak sort of session for AUD and NZD following on from the same during US time (US-China tensions stoked yet again, this time by a US Senator) but the Reserve Bank of New Zealand monetary policy decision gave the kiwi $ an extra push lower.

The RBNZ left its cash rate on hold at 0.25% and provided projections of that rate to remain through to March 2021. The Bank did allow that the rate may go negative in the future (it appears they have concerns about how bank systems will cope with negative rates). The RBNZ also near doubled its QE program, from the current 33bn to 60bn (and allowed it could go higher still).

There was plenty of news and data during the session but none of it too impactful on market movement.

AUD, as noted above, was weaker earlier but as I post is net little changed on the session. EUR, GBP also both little changed against the US dollar. CAD is a little higher. 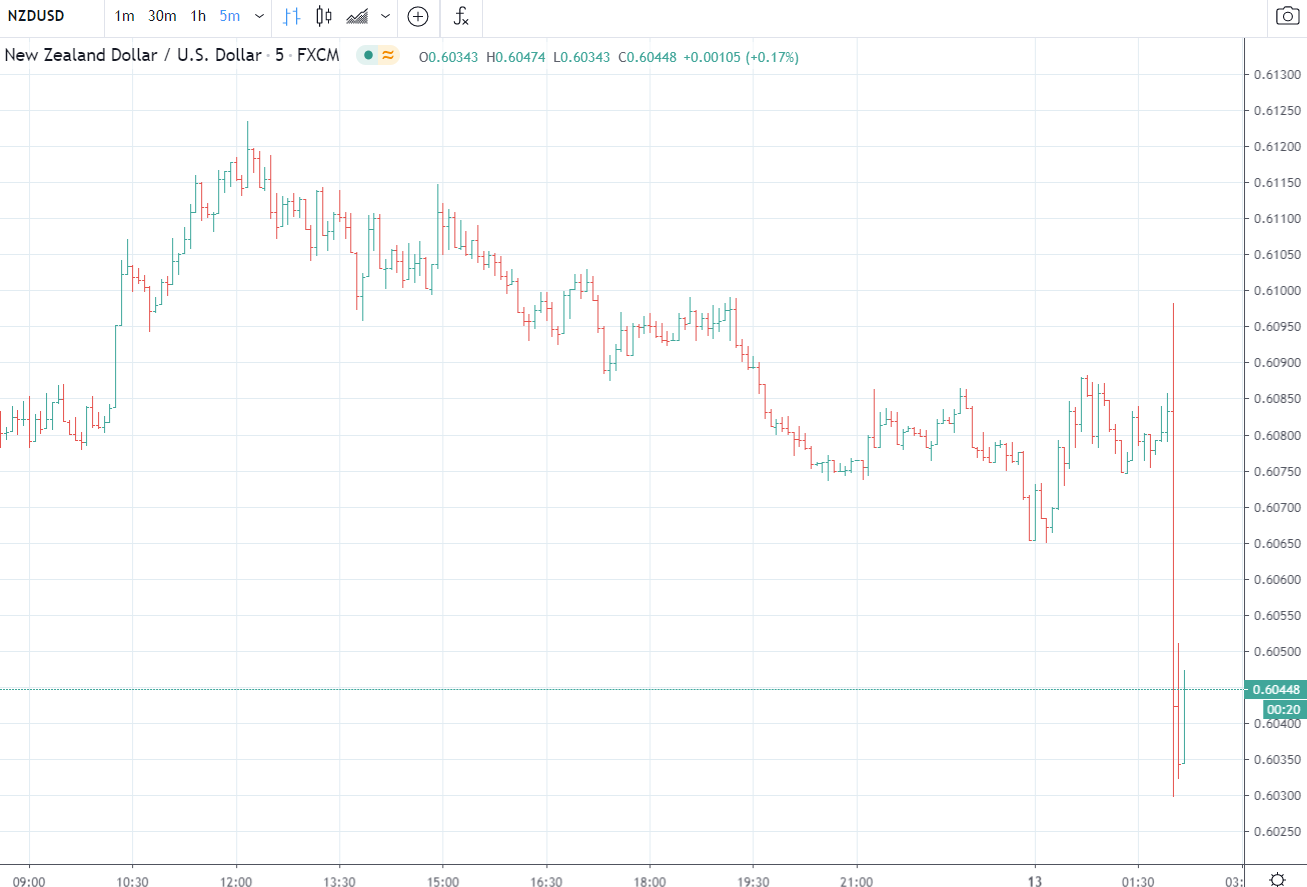