The Brexit news flow dissipated quickly during the UK evenn=ing in the early hours of Asia trade, GBP net traded a little higher only.

Later in the Asia morning though, news flow picked up with

China reporting progress on trade talks with the US

the Bank of Japan making their March 2019 monetary policy statement

and North Korea reportedly considering breaking off talks with the US over denuclearisation.

The BOJ announcement was as expected, the bank held policy and downgraded its view of the economy. The North Korea news ... if you are in any way surprised by this I have a bridge to sell you.

Currencies - some moves during the session here.

USD/JPY inched its way higher during the Tokyo morning ahead of the BOJ announcement, topping out circa 111.90 and subsiding a few points an hour or so ahead of it. It lost further ground after the statement was issued, yen helped higher of course by the headlines out of North Korea. USD/JPY has been down towards 111.50 and is just above there as I update. USD/CHF has lost points on the session also, CHF getting a NK boost also.

AUD/USD has ticked higher during the session, falling short of 0.7100. AUD has been boosted by the positive comments by China's Premier Li on support for the economy. NZD/USD is higher with the AUD (in non-market related news there have been a number of fatalities in NZ due to shootings today at places of worship). 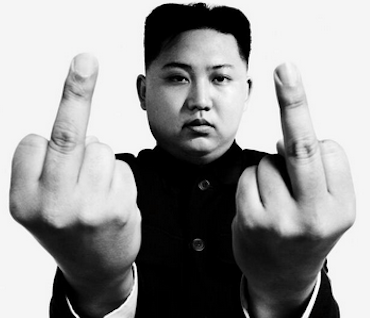