If you are scanning over your charts those moves you see are down to Evergrande developments. The forex session began very slowly with a minor drift lower for yen crosses as USD/JPY slipped under 109.20 and other fx sagged sightly against the dollar.

Just prior to the opening of Chinese stock markets after the four-day weekend Evergrande was out on the wires saying it would be making payment on a local currency denominated bond coupon due tomorrow, September 23. Risk trades jumped higher on the news: equity index futures, AUD (and other currencies) all rallied. The follow up was a cash injection from the People's Bank of China in open market operations, the largest in OMOs since January this year.

As a little time passed questions began to surface on whether payments due in USD would also be made tomorrow and the risk trade unwound somewhat on these concerns. Keep in mind that Evergrande has News also crossed a while later that another Chinese property development group suspended its bond trading.

Other items of note today were largely centred on China also. Reserve Bank of Australia Deputy Governor Debelle expressed confidence authorities in the country would manage any default from Evergrande. The People's Bank of China set its one and five year loan prime rates at unchanged levels for the 17th month in a row.

The Bank of Japan released its latest policy statement and outlook, with main policy setting left unchanged as expected and their economic assessments cut again. 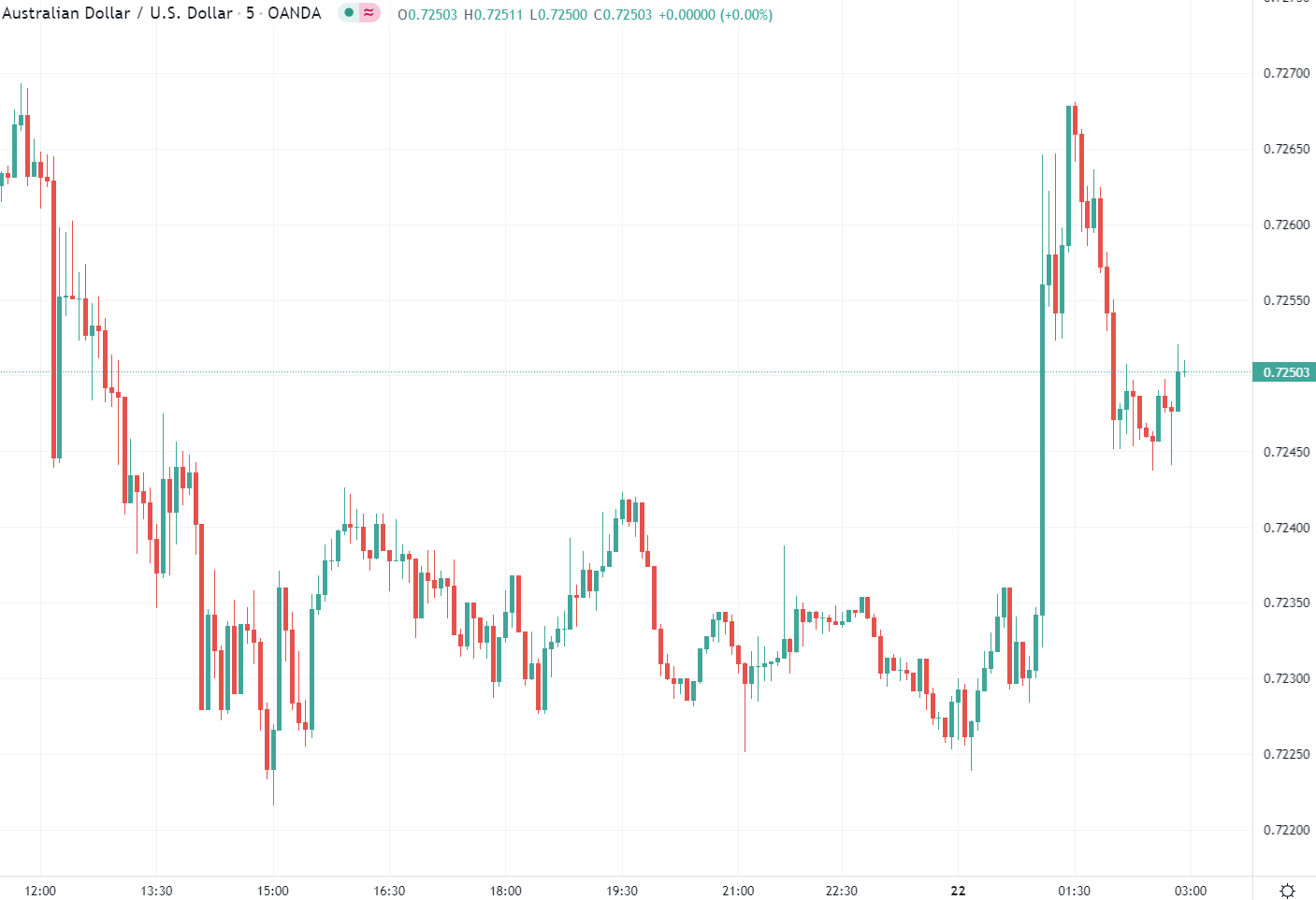