The long story short on Trump's objection to the COVID-19 economic relief bill that passed Congress this week, and his refusal to sign it into law, is that Trump has the power of an effective veto in his pocket. If he vetoes the bill the US Senate has the ability to override the veto due to the overwhelming majority with which the bill passed. The "but' is that Trump can effectively veto the bill by just not signing it, by "sticking it in his pocket" (this potential move is literally referred to as a 'pocket veto').

You'll note in the posts above that the Democrats have supported the move to have checks increased from $600 to $2000 and will move a stand-alone bill on Thursday (US time) to provide for $2000 direct payments by unanimous consent. Its difficult to see the Republican Party supporting $2,000 checks though and thus its hard to avoid the conclusion that we are back where we started. Of course, the situation is fluid, that has just been proven once again, and the focus for markets is back, once again, on developments in Washington.

There was little other news flow, although the latest Brexit item of note is chatter of a potential deal on Wednesday. I think we are up to number 5,000 of 'today is the day for a deal' or something like that, so we'll see if this one dies like all the others have.

For currencies the early part of Asian trade saw the USD weaken, all major currencies gained. Prior to Trump's relief bill bombshell the news hit he had issued further pardons to convicted felons. This was all forgotten soon enough and currencies slumped against the dollar. However, this slump was soon reversed and FX is back on the up against the dollar as I update. Having said all this on the swings for the session the ranges were not large, but still decent compared to the typical Asia FX day.

GBP net higher for the session: 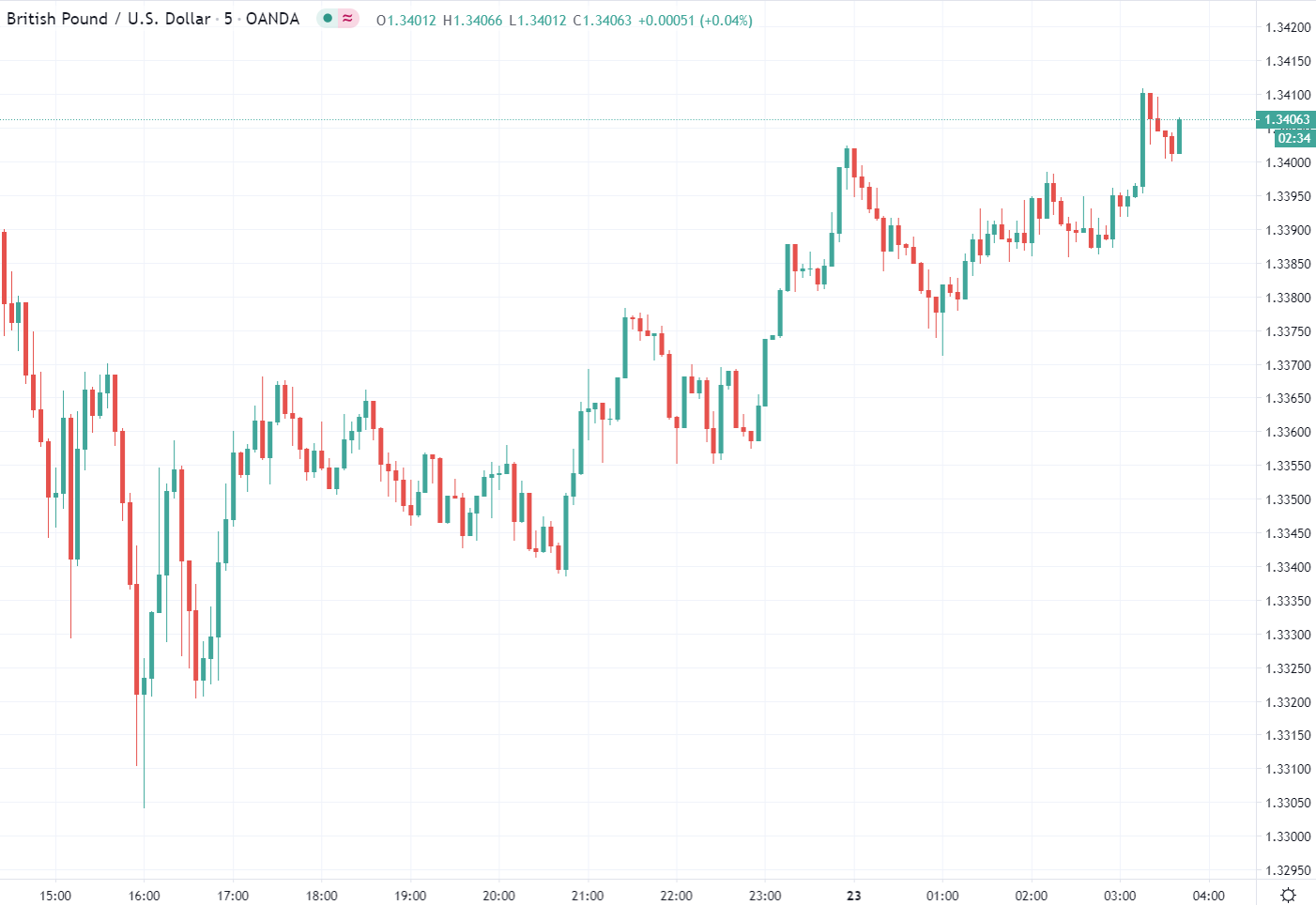