Late afternoon and into evening US time saw a steady trickle of coronavirus recovery stimulus-bill related news from the negotiating parties. It does appear that Senate Republicans cannot reach agreement amongst themselves, let alone with the other side of politics. Talks have been described as still in the early stages.

Other news flow was light and of little impact. China recorded its highest one day total of new coronavirus cases for around 3 months, while Australian hotspot of Victoria saw its new case count drop under 300 for the first time in about a week; lockdown measures seem finally to be taking effect on this metric. Australian state of Queensland is to reseal its border with Australia's largest population state of New South Wales over the continuing outbreak there, another set back for economic recovery in Australia. News crossed again of a Russian-developed coronavirus vaccine, said to be ready for approval in about 2 weeks. We'll see.

For data, the focus was Australia's Q2 CPI, the headline came in at -1.9% for the quarter while the RBA preferred measure, trimmed mean, was also negative, -0.1% on the quarter, taking y/y to 1.1%. The RBA target band is 2 to 3%. The data release was followed by a small drop in AUD/USD and NZD/USD. But, as mentioned already FX ranges were subdued. 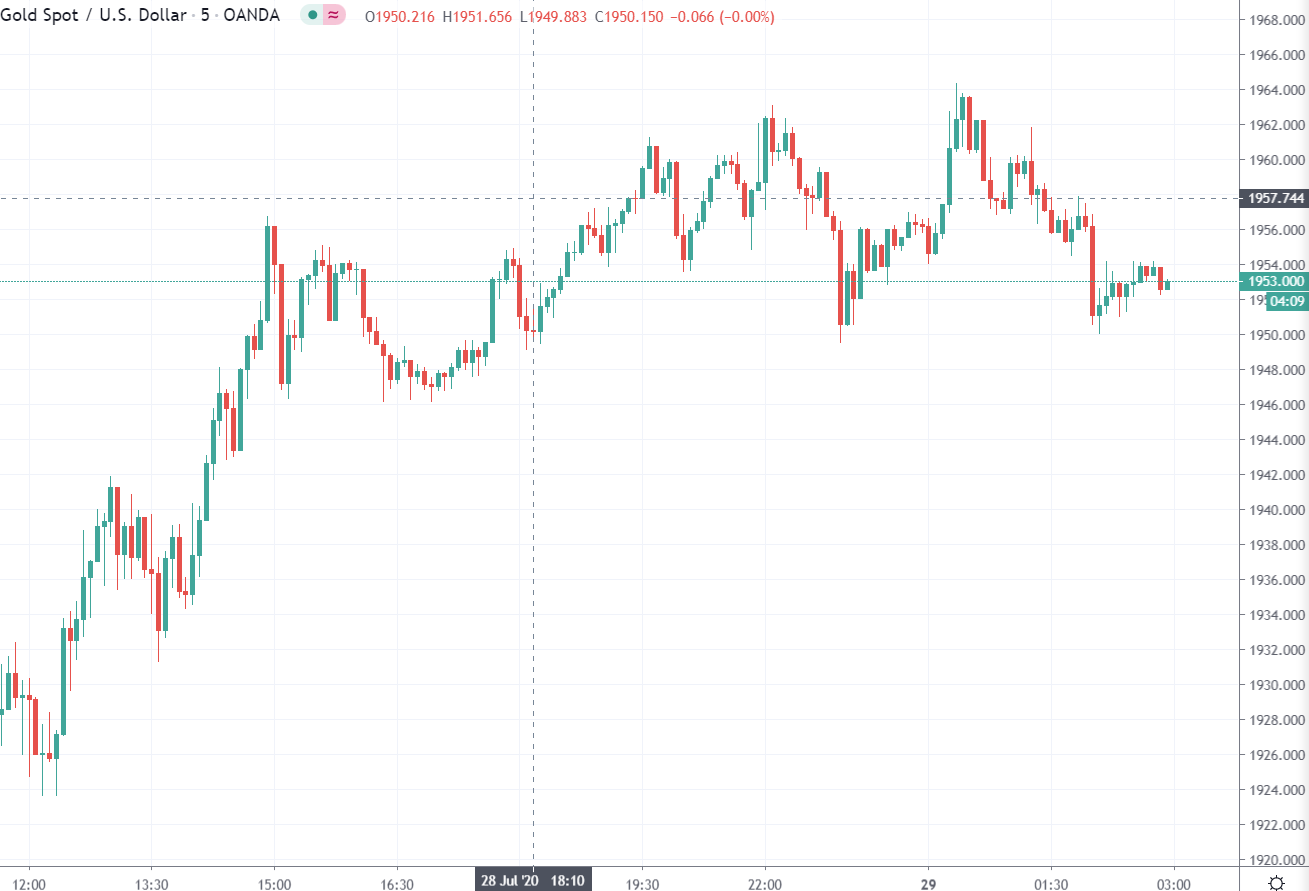