An early one today if you are just waking up and wondering what has gone on!

Iran launched missiles and rockets at bases in Iraq with US military presence. Initial reports were sketchy and came after false reports a little earlier and thus the market acceptance and then response was a little delayed.

As the news came in it became clear that Iran had hit out against three targets, As I update though there is little news on US casualties. News on this will be important to watch for - it will indicate the likely scale of a US response. Earlier this week US President Trump did warn, though, that he may act 'disproportionately'. Something to bear in mind.

As for markets, the response was as you would expect, higher for yen, gold and oil and lower for equities. However, the response from AUD and NZD to the 'risk off' mood were muted indeed, small losses only and more or less retraced.

CAD was a beneficiary of the higher oil price.

As the dust settled somewhat and there were still no reliable reports on the extent of US casualties markets began to retace the earlier moves, yen and gold both giving some ground back 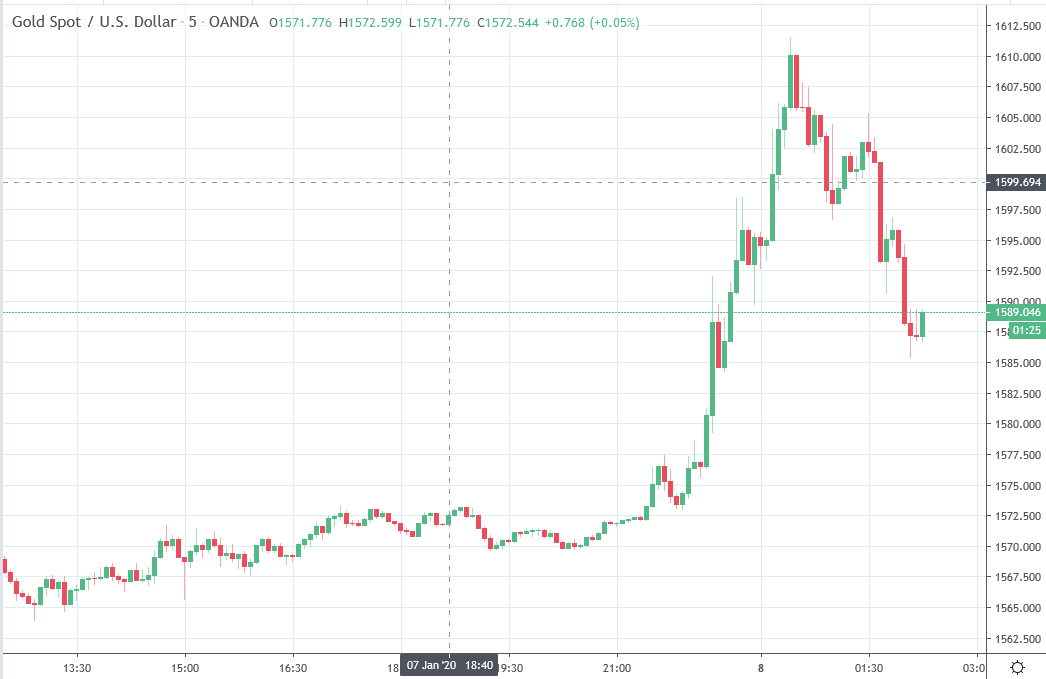 While relegated to minor news only on the session, Australian building approval data was a strong beat  - this sector has been in the doldrums (still is) but looks to be showing some signs of stability