US President Trump addressed supporters at a rally in n Panama City Beach, Florida on Wednesday evening US time. Rallies are always a precarious time to hold risk trades as Trump usually trots out the belligerent stuff to get his crowd on side. This rally was no different, Trump played tough guy, said China broke the deal and he won't be backing down.

Chinese Vice Premier Liu He is in Washington for talks again on Thursday and Friday, so if this sets the tone it is difficult to see much progress being made. How much of this is just b/s posturing is the question of course. The remarks from tariff man were enough to send risk a little lower, equity indexes were softer and in the currency space AUD was a loser (and others) while yen gained some. 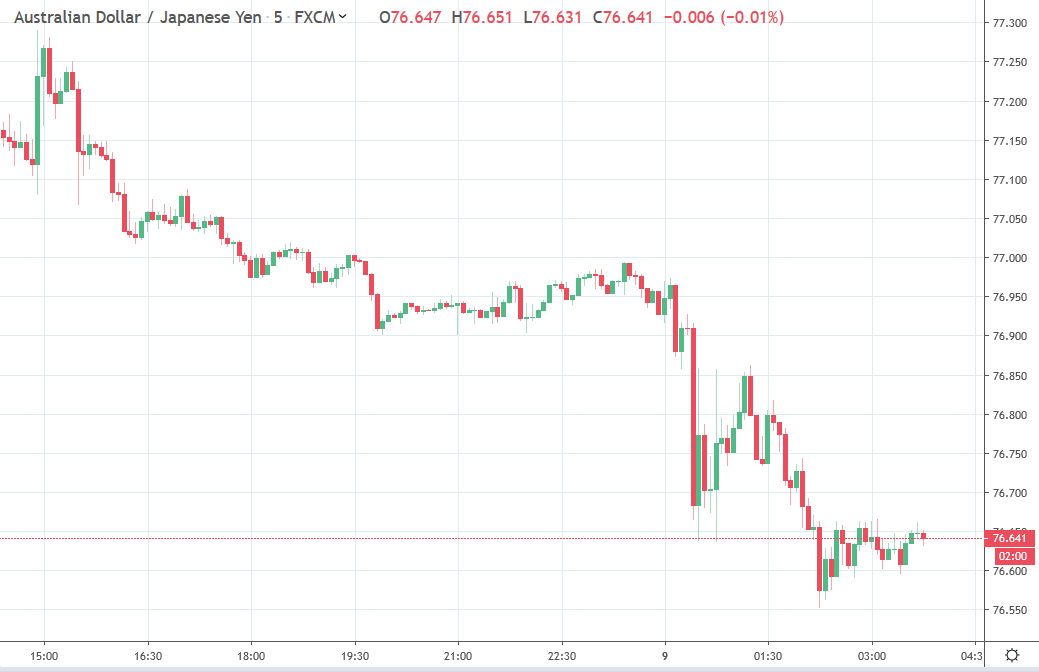 China's social financing, new loans, and money supply data hit for April, well ahead of the expected release date. Aggregate financing and new loans both pulled back from an outsized result in March, but by more than expected. There has been much said about a credit-fulled bounce in China in Q1. This first data for April suggest Q2 might not get the same boost. This was a further negative for China stocks and AUD. China's PPI edged a touch higher which should give China profits a tailwind.

Otherwise, news and data flow were uneventful and currencies have had a tight range session.