Forexlive Americas FX news wrap: The dollar is the strongest but gains limited

The dollar - after being more mixed at the start of the day - moved higher and is ending the session as the strongest currency of the day.  The CHF is ending as the weakest.  The USDCHF is closing near session highs, up 0.29% on the day.  As the biggest mover, that is not that great a % move.  Chalk the lack of more meaningful activity to the hangover from the employment day on Friday. 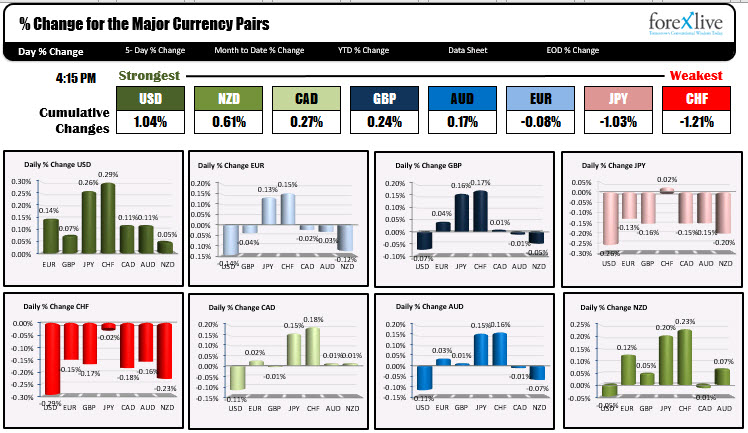 The good news for the dollars bulls is they survived the modest correction lower in the USD and are ending near high levels vs. the major currencies. So although the ranges were light (vs the 22 day average trading ranges - below red line in the lower chart below), you can expect some apprehension.  PS Chair Powell testifies on Wednesday (and Thursday) on Capitol Hill. That is what the market is really waiting for to get the post jobs report policy clues. Can he or will he signal a rate cut? Will the Senators and Representatives jump on the Pres. Trump bandwagon in bashing the Fed chair for not easing with "low" inflation? 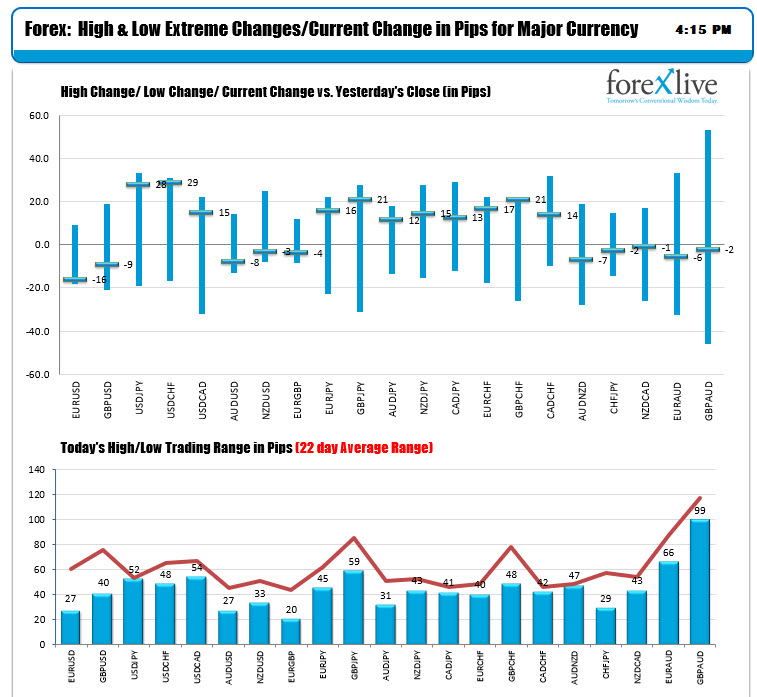 Some technical levels for the new trading day to eye: