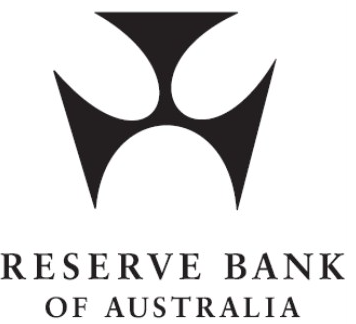 At its meeting today, the Board decided to lower the cash rate by 25 basis points to 2.25 per cent, effective 4 February 2015.

Growth in the global economy continued at a moderate pace in 2014. China’s growth was in line with policymakers’ objectives. The US economy continued to strengthen, but the euro area and Japanese economies were both weaker than expected. Forecasts for global growth in 2015 envisage continued moderate growth.

Commodity prices have continued to decline, in some cases sharply. The price of oil in particular has fallen significantly over the past few months. These trends appear to reflect a combination of lower growth in demand and, more importantly, significant increases in supply. The much lower levels of energy prices will act to strengthen global output and temporarily to lower CPI inflation rates.

In Australia the available information suggests that growth is continuing at a below-trend pace, with domestic demand growth overall quite weak. As a result, the unemployment rate has gradually moved higher over the past year. The fall in energy prices can be expected to offer significant support to consumer spending, but at the same time the decline in the terms of trade is reducing income growth. Overall, the Bank’s assessment is that output growth will probably remain a little below trend for somewhat longer, and the rate of unemployment peak a little higher, than earlier expected. The economy is likely to be operating with a degree of spare capacity for some time yet.

The CPI recorded the lowest increase for several years in 2014. This was affected by the sharp decline in oil prices at the end of the year and the removal of the price on carbon. Measures of underlying inflation also declined a little, to around 2¼ per cent over the year. With growth in labour costs subdued, it appears likely that inflation will remain consistent with the target over the next one to two years, even with a lower exchange rate.

Credit growth picked up to moderate rates in 2014, with stronger growth in lending to investors in housing assets. Dwelling prices have continued to rise strongly in Sydney, though trends have been more varied in a number of other cities over recent months. The Bank is working with other regulators to assess and contain economic risks that may arise from the housing market.

The Australian dollar has declined noticeably against a rising US dollar over recent months, though less so against a basket of currencies. It remains above most estimates of its fundamental value, particularly given the significant declines in key commodity prices. A lower exchange rate is likely to be needed to achieve balanced growth in the economy.

For the past year and a half, the cash rate has been stable, as the Board has taken time to assess the effects of the substantial easing in policy that had already been put in place and monitored developments in Australia and abroad. At today’s meeting, taking into account the flow of recent information and updated forecasts, the Board judged that, on balance, a further reduction in the cash rate was appropriate. This action is expected to add some further support to demand, so as to foster sustainable growth and inflation outcomes consistent with the target.