U.S. Treasury Secretary Steven Mnuchin spoke with Pelosi again today and said if a deal between the two could be reached Trump would “weigh in” with Senate Republican leader Mitch McConnell.

If you need updating, the background on this is McConnell leads the Republican majority in the Senate and for past months they have voted against all stimulus bills that they've seen.
Mnuchin appears to be hopeful that Trump could convince McConnell to convince his party members to support a bill on a deal reached between Mnuchin and Pelosi. Maybe Mnuchin is right, but Senate Republicans have thrown Trump under the bus over and over again on this issue so its unclear why Mnuchin would be optimistic. 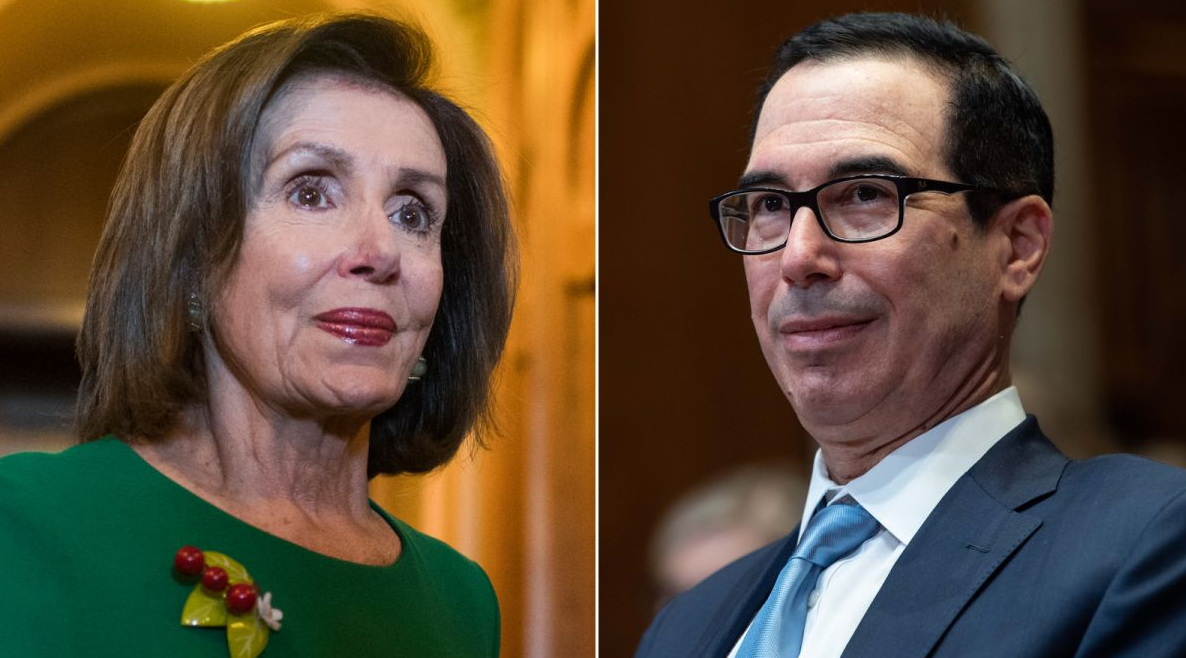