There haven't been any victories in the negative-rate world

The ultimate test of any theory is in the results.
The idea behind negative interest rates is that they will spur borrowing and economic activity, leading to inflation and a weaker currency.
It may be too soon to judge the results but the early returns are poor. Earlier this month the CME looked at the results of negative rates in four regions: the eurozone, Japan, Sweden and Switzerland. They all went negative between 2014 and 2016.
None of the four "have achieved their inflation targets as a result of  negative deposit rates," the CME writes.
Moreover, the negative-rate experiment so far has failed to stimulate growth sustainably. Early returns in Japan, the eurozone and Sweden were solid but GDP has slumped back close to zero. 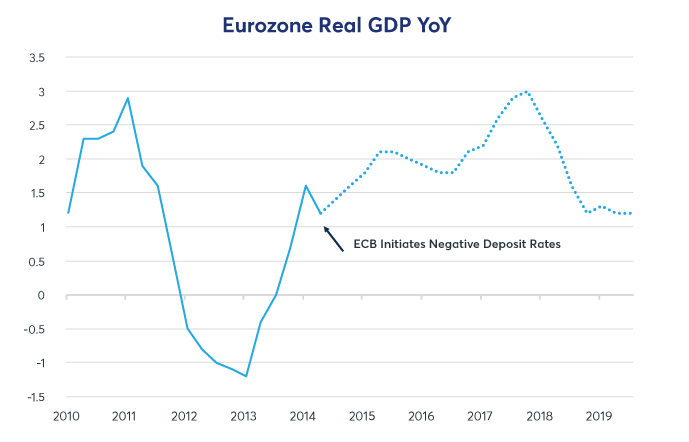 The biggest surprise is the lackluster effect in the currency market:

Overall, it appears that negative interest rates did not consistently weaken the trade weighted value of the four currencies, and in some cases may have, inadvertently, made them stronger.

The yen strengthened on a trade-weighted basis after yields went negative and even with the fall since 2016, is still above the level when the zero bound was breached.
The Swiss franc is also higher but that's tied in with the peg's implementation and collapse so it's tough to draw conclusions. One currency where it's worked as advertised is the SEK but even there the results haven't been dramatic.
As for the euro. It's surprising how little it has declined on a trade-weighed basis. It fell initially but is basically flat. 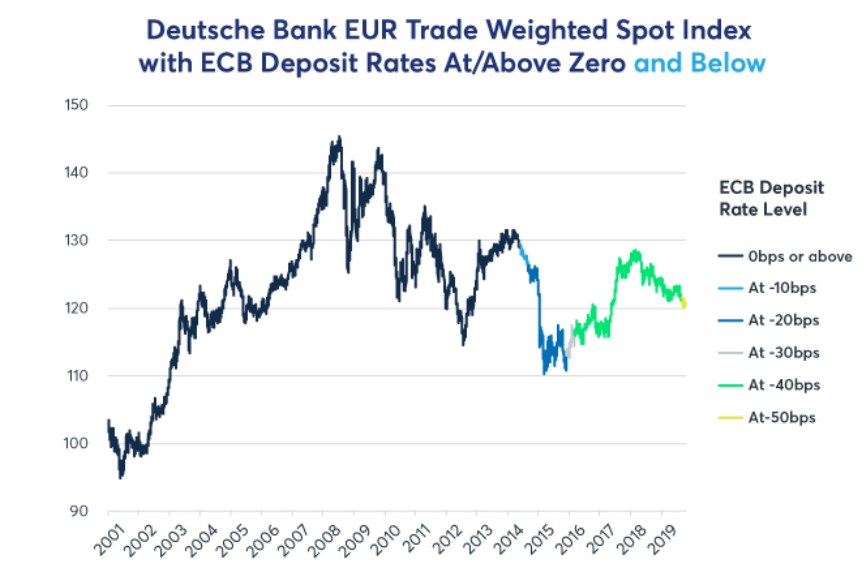 I believe that the real results for the negative-rate countries will be when global growth picks up and they're used as carry funders.
At the same time, there's increasing talk that negative rates themselves are one of the reasons that growth hasn't rebounded.
David Kotok of Cumberland Advisors is out with a paper attacking negative rates.

The notional pricing of the trillions of dollars and euros in swaps and derivatives is thrown into disarray. As a result, the banks and market agents sponsoring those derivatives must raise their pricing to protect themselves from this added risk induced by NIRP. When they raise their pricing, they add to transactional costs and therefore suppress economic activity at the margin. That is a reason NIRP slows growth and raises risk.

This is an interesting debate and one that John Authers dives deeper into today.