The economic impacts of the Hanjin Shipping bankruptcy are unclear 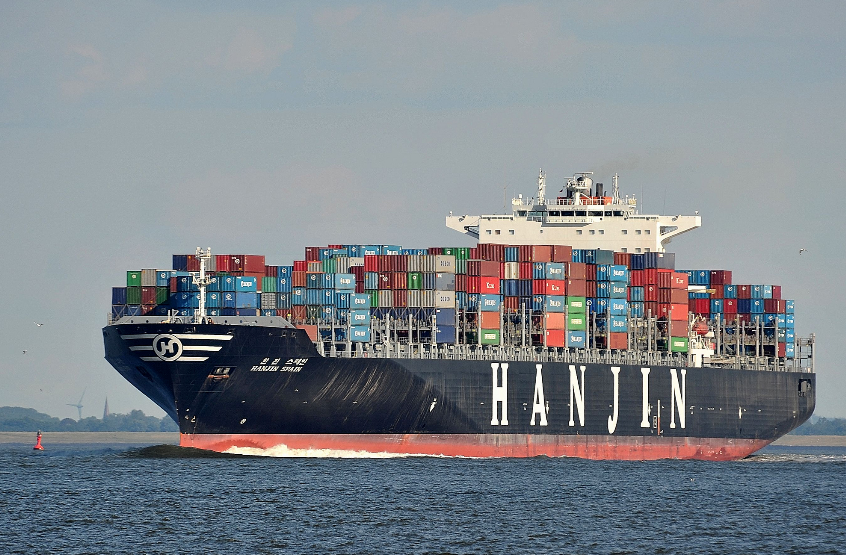 The collapse of Korean shipping giant Hanjin grabbed headlines last month but there is little talk about the potential economic impacts.

Here are some numbers to ponder:

Aside from the problems that the lack of deliver may cause in the global supply chain, the bigger problems might come from the loss of capacity and back-up of orders due to the closure.

Bloomberg spoke with the chief executive of Seaspan, which is a North American marine transportation company on the West coast of North America primarily in tugboats and barges.

"The fallout of Hanjin Shipping is like Lehman Brothers to the financial markets," Gerry Wang said. "It's a huge, huge nuclear bomb. It shakes up the supply chain, the cornerstone of globalization."

"There's a tremendous flight to safety," he said. "Freight rates have shot up like crazy over the short term."

I haven't seen one economist yet talk about the potential skews due to the closure. It may only amount to a kink in import/export data, or nothing at all. But seeing as how an 8-day strike in California ports skewed economic data for months and that Hanjin handled 8% of US Pacific trade, I'm guessing there will be some impacts.

The US Department of Agriculture also stated that Hanjin's bankruptcy would cause shipping difficulties for the next 2 to 3 months.

Even if it's only a dip that's recovered in the next month or two, that still muddies the economic waters