November on forex: Some calm at last? 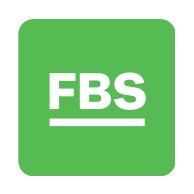 What's the outlook this month

Big events like Brexit talks and votes and the Federal Reserve's meeting came and went. Market players didn't get spooked much in October. The new month has come and investors are forming new expectations. In this article, we have gathered important information and tips that will ease your navigation through the upcoming events.

Last month ended with the rising expectations that a hard, no-deal Brexit will be avoided. No big thing took place on October 31 as the European Union extended the Brexit deadline for 3 months. Prime Minister Boris Johnson managed to reach an agreement with the EU and set a general election on December 12.

As a result, Britain is finally closer to a Brexit deal than it has been for many months. This scenario will become reality if the Conservative Party wins the election and Johnson forms a majority government.

So far, the Conservatives are leading in the opinion polls. Of course, there's more than a month until the election and things may change. The recent developments will likely provide the GBP with ample support for the next few weeks, but the risk of a hung parliament will limit its upside.

The recent comments from the US and Chinese officials are about the progress in trade talks. There are hints that the parties may sign a deal this month - a so-called 'phase one' agreement.

Such prospect is surely welcomed by all the risk-sensitive assets, from the S&P 500 to AUD/USD and NZD/USD. Of course, there were many times in 2019 when America and China backpedaled on the deal. Chinese purchases of US farm products still represent an issue.

All in all, the disagreements have to be settled by Dec. 15 when a new round of US tariffs on Chinese imports is set to kick in. In the days ahead, higher-yielding assets will still be sensitive to headlines, but as long as there's still time, traders should be in a more or less positive mood.

● The Draghi era has ended

Christine Lagarde took over Mario Draghi as the President of the European Central Bank. Earlier Lagarde approved of the loose monetary policy pursued by the regulator. As a result, she is expected to follow the path chosen by her predecessor who has managed to push through a fresh stimulus package during his final weeks in the office. If that's the case, the upside for the EUR will be limited. At the same time, Lagarde doesn't have the experience of being an economist or a central banker, so her leadership style will likely be very different from that of Draghi.

Lagarde may try to unite the diverging ECB members as well as the divided national governments of the eurozone's member states. In the longer term, if she succeeds, this will be good for the single currency.

The US economic growth is slowing down: American GDP grew at an annualized rate of 1.9% in the third quarter. The growth rate was lower than 2% for the first time since the fourth quarter of 2018.

The boost from the Trump tax cuts is obviously waning, while the manufacturing sector is suffering from the US-China trade war. The ISM manufacturing PMI posted a reading below the key mark of 50 in October - a sign that the industry is contracting. Even the fine data from the labor market failed to improve the sentiment about US economic health.

All in all, the US economic performance isn't great and as long as American figures remain sour, traders will expect more easing from the Federal Reserve. In such an environment, the USD will lose to its counterparts.

Weeks ahead: more from central banks

Central banks always act as beacons for traders. The upcoming weeks offer no exceptions and should provide us with more guidance. Here's what we should look forward to:

The Reserve Bank of Australia cut its benchmark rate in October, but the minutes of that meeting said that "policy stimulus might be less effective than past experience suggests". The likelihood of further interest rate cuts by the RBA this year has fallen after consumer inflation accelerated to 1.7% y/y in Q3 and the US Fed also downplayed the probability of further rate cuts.

The absence of dovish action and rhetorics should support the AUD. At the same time, the RBA may not like the recent strengthening of the national currency. Any comments about the AUD being too expensive will be negative for it.

No action is expected from the Bank of England until some clarity appears on the Brexit front. Still, traders will be eager to know how the central bank estimates the ability of the domestic economy to sustain the uncertainty. A hint that a rate cut may be necessary will affect the GBP.

Analysts expected the Reserve Bank of New Zealand to cut its rate in November after data last month showed that inflation fell to 1.5% in the year to end-September from 1.7% previously. Then, however, the expectations started shifting towards the absence of a rate cut: despite the subdued economic growth and weak business confidence, the outlook and employment have improved somewhat during the recent months. Against this background, there will be an element of surprise to the meeting's outcome that, in turn, means volatility for the NZD.

In October, the Federal Reserve cut its benchmark interest rate for the third straight meeting to between 1.5% and 1.75% and signaled that it may pause before further changes to monetary policy to see whether these easing steps are enough to sustain the economic expansion. Traders will study the meeting minutes with great attention in order to finetune their expectations for December Fed's meeting as well as their bets on what the central bank does in 2020. The USD has suffered since the meeting, so less dovish and more hawkish wording of the minutes will provide it with some help. On the contrary, if the Fed members stick to the cautious approach and lean to the thought that they might have to do more to avert the potential recession, the greenback will be affected even more.

Time of the charts

AUD/USD. AUD/USD managed to turn up from the multiyear lows in the 0.6700 area. The key level on the upside is at 0.70, just above the 50-week MA. If the pair moves above this point, the RBA may not like it much. The next resistance level is at 0.7080 (July high). Remember that although technical picture improved, the long-term downtrend may still represent the dominant power. On the downside, support is at 0.6880, 0.6810 and 0.6700.

Good luck with your trading! Follow us onFacebook andTelegram for more updates!