Oil climbs 1%. Why Bank of America thinks it could hit $100 on cold weather 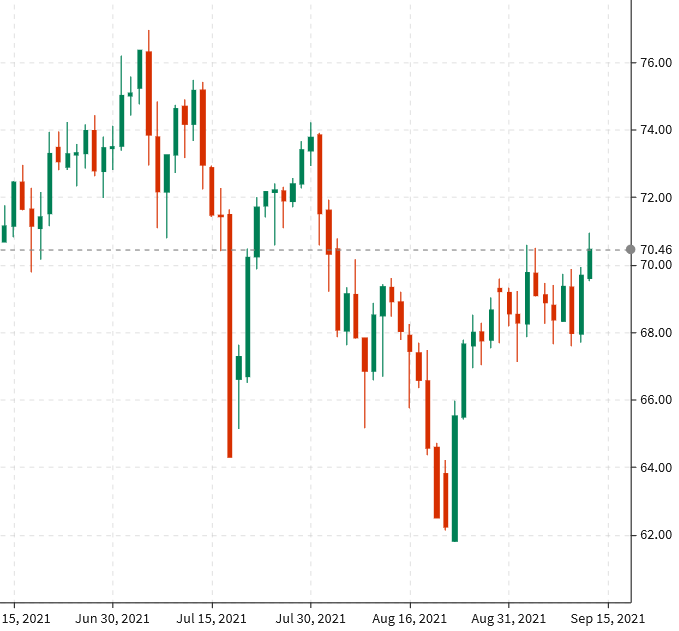 WTI crude oil finished about 50-cents from the highs of the day but the settlement and intraday high were both the highest since August 2.
A few factors remain tailwinds. The amount of oil that's been lost in the US gulf is now equal to two months of OPEC's +400K increase announced in September. It's also larger than the 20 million barrel release from the US SPR. 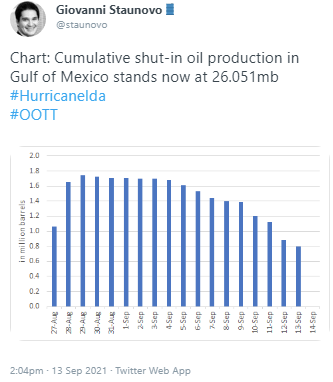 There's a storm that might grow into a hurricane in the extreme west of the gulf near the Texas coast. That's going to cause some hiccups but the rain forecast for Port Fourchon looks manageable.
Bank of America is increasingly looking at the interplay between oil and surging natural gas as a factor. They forecast $100 oil around the middle of next year but said it could come sooner if power plants switch to oil.

"As other energy prices like natural gas and coal keep pushing higher, upside risks to the oil market have started to build. For starters, there is an estimated 1.8mn b/d of available gas to oil switching at power plants capacity across Europe and Asia, even if only a fraction of this capacity is likely to be utilized ... Further supporting oil prices, global demand is coming back and OECD oil inventories just dropped to the 10 year average ... For Emerging Markets, consumption is coming back with a vengeance led by China and India ... We continue to project that oil prices will remain range-bound in 2H21 and maintain our average Brent crude oil forecast of $70/bbl for this period (Exhibit 40), although we now target Brent to be at $75/bbl by year end ... However, weather is quickly becoming the most important driver of energy markets. If the winter turns out to be much colder than normal, global oil demand could surge by 1 to 2mn b/d. Under this scenario, the oil market deficit this winter could easily exceed 2mn b/d and our $100/bbl oil target for the middle of next year could quickly be rolled forward six months." 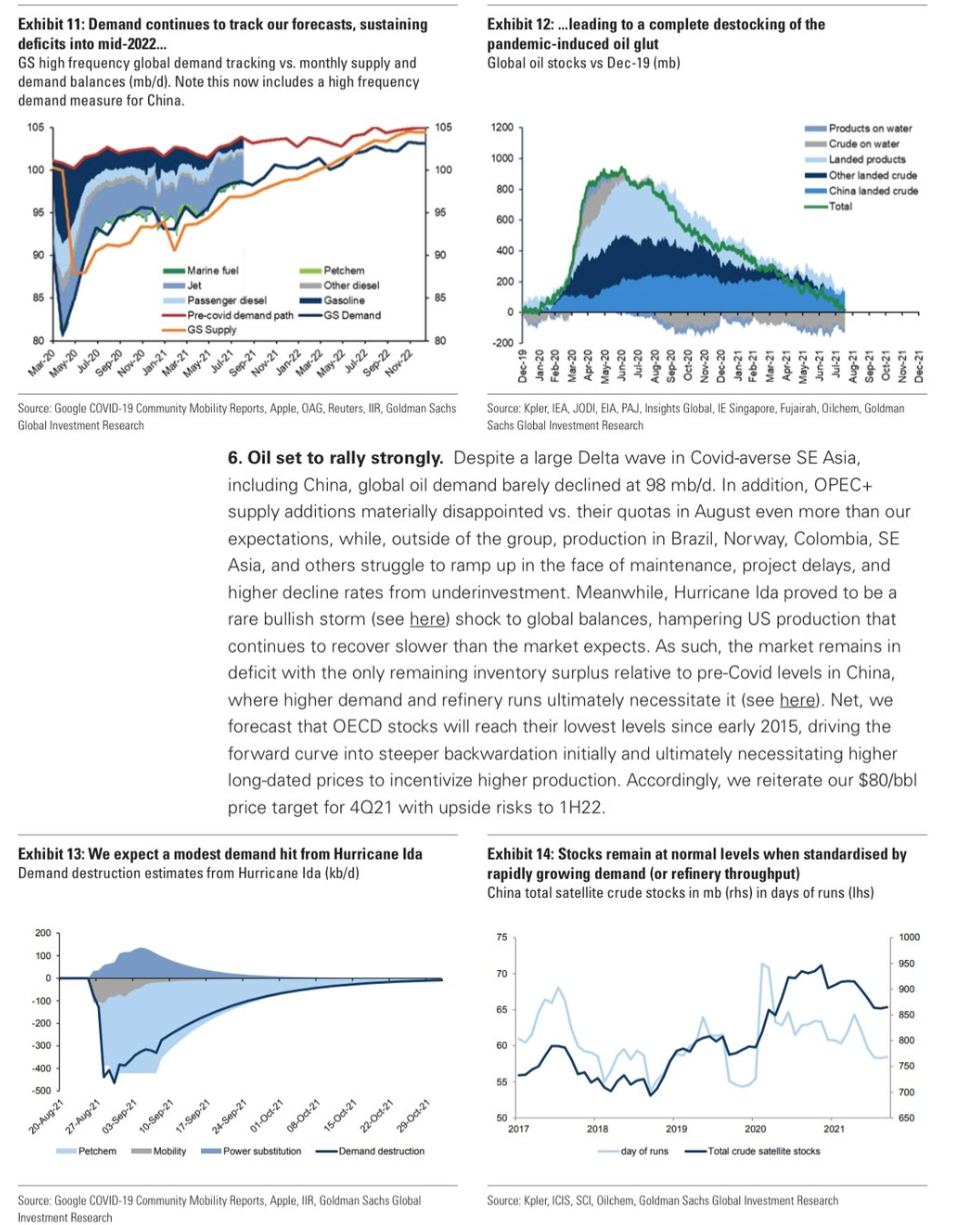