Preview: Economists are expecting a strong March retail sales report. Why it might be even stronger

Preview of the March 2021 US retail sales report 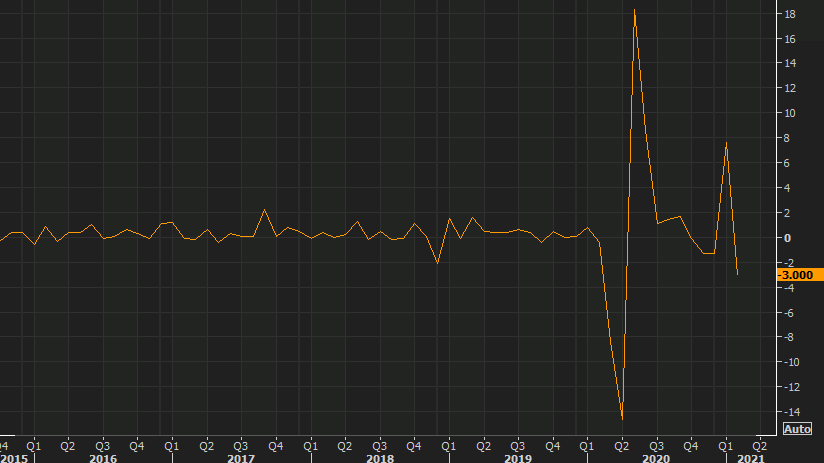 There are two options for the March US retail sales report: Strong and stronger.
That's because the US Treasury sent out $1400 stimulus payments to the majority of Americans in the month. It was also a month where the economy continued to reopen as states loosened lockdowns.
The main question is how much of the money was spent immediately, how much bled over to April and how much was saved? The stimulus bill wasn't signed until March 11 and it took some time to distribute the funds.
It's a tough one for economists to estimate and that's reflected in estimates ranging from +3.8% (JPMorgan) to +11.5% (BofA). What's interesting is that both those economist teams have access to credit card spending data from their banks.
In the earnings call today, JPM executives highlighted that people were saving more of the payments than they anticipated. 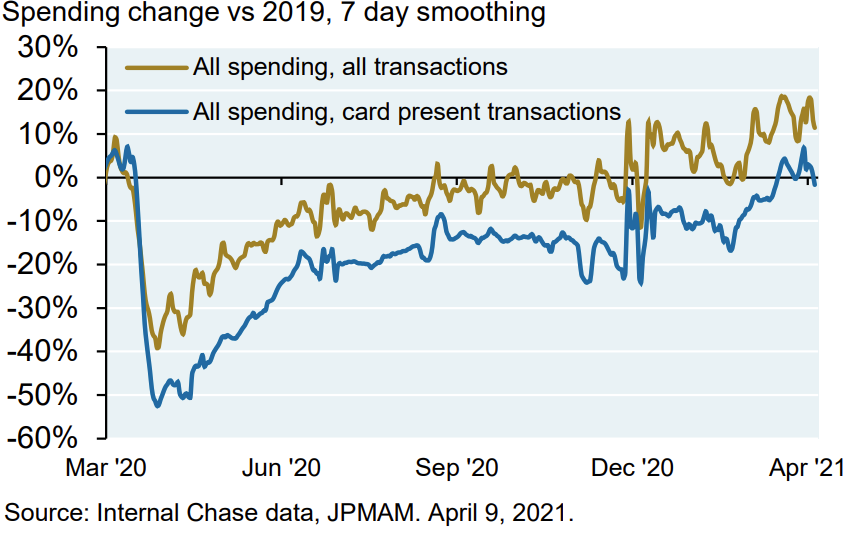 The top-ranked economist team over the past year on retail sales is at TD and they see 8.5% while the overall consensus is 5.8%. Note though that the average skews higher at 6.3%.
Economist Christophe Barraud looks to the January stimulus payments for guidance. Even though they were less, at $600, they led to a 7.6% m/m rise in retail sales.
He notes that weather was another positive factor with temperatures well-above average and precipitation slightly below average.
Barraud believes sales will 'smash' estimates in part due to auto sales, which were up 13.3% m/m.
So what will the market do? I think USD/JPY is the most-straightforward trade in FX with a strong number leading to gains in the pair. Even on a big beat though, the move might not be huge because it's a one-off event.
As always, watch the 'control group' which excludes autos, gasoline and building materials. It's forecast to rise 7.2% following the 3.5% decline in February.