Our good friends at Livesquawk citing some Twitter chat 23 Nov

Their source is Jeremy Cliffe ,Berlin correspondent of The Economist who says:
"Hearing word from within the SPD that Martin Schulz may resign today"
Earlier reports that the SPD might reconsider supporting Merkel but not in a formal coalition, and the planned meeting with the German president today all in the mix. A successor to Schulz likely to be more inclined toward closer support.
Schulz has consistently ruled out repeating the "grand coalition" that governed Germany for eight of Merkel's 12 years in office after leading his party to its worst result in more than 50 years in September.
EURUSD still 1.1840 after failing to breach 1.1850 so far. EURGBP still supported around 0.8900 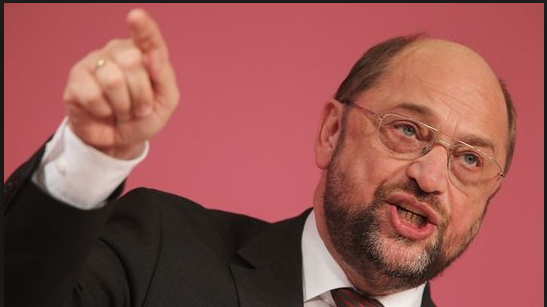