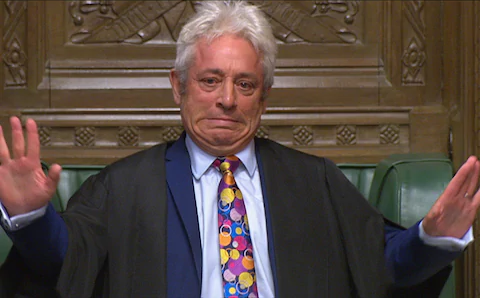 ForexLive
The government will be pushing forward with a request seeking a "meaningful vote" but it will be down to speaker John Bercow as to whether or not the motion will be accepted.
There is not specific time for the decision just yet as far as I am aware of but you can expect it some time during the afternoon in parliament - based on previous episodes and the fact that the Commons is sitting at 1330 GMT today.
The odds of this going through remain iffy because there is an argument that it shouldn't as parliament had already discussed this on Saturday.
If there is no "meaningful vote" to take place, expect the government to present their withdrawal agreement bill later today before putting it to a vote tomorrow.
There is growing sentiment that the numbers appear to be favouring Johnson but it will be extremely tight regardless. If the withdrawal bill does go through, it is just but the first hurdle as parliament will then vote on amendments to the bill.
This can include the UK staying in a customs union or even a second referendum. And Johnson is hoping all of the legislative procedures can be accomplished in 10 days.
That is a very, very, very tall ask.
But baby steps first. Today, let's see what Bercow decides.