Just when the coast started to look clear 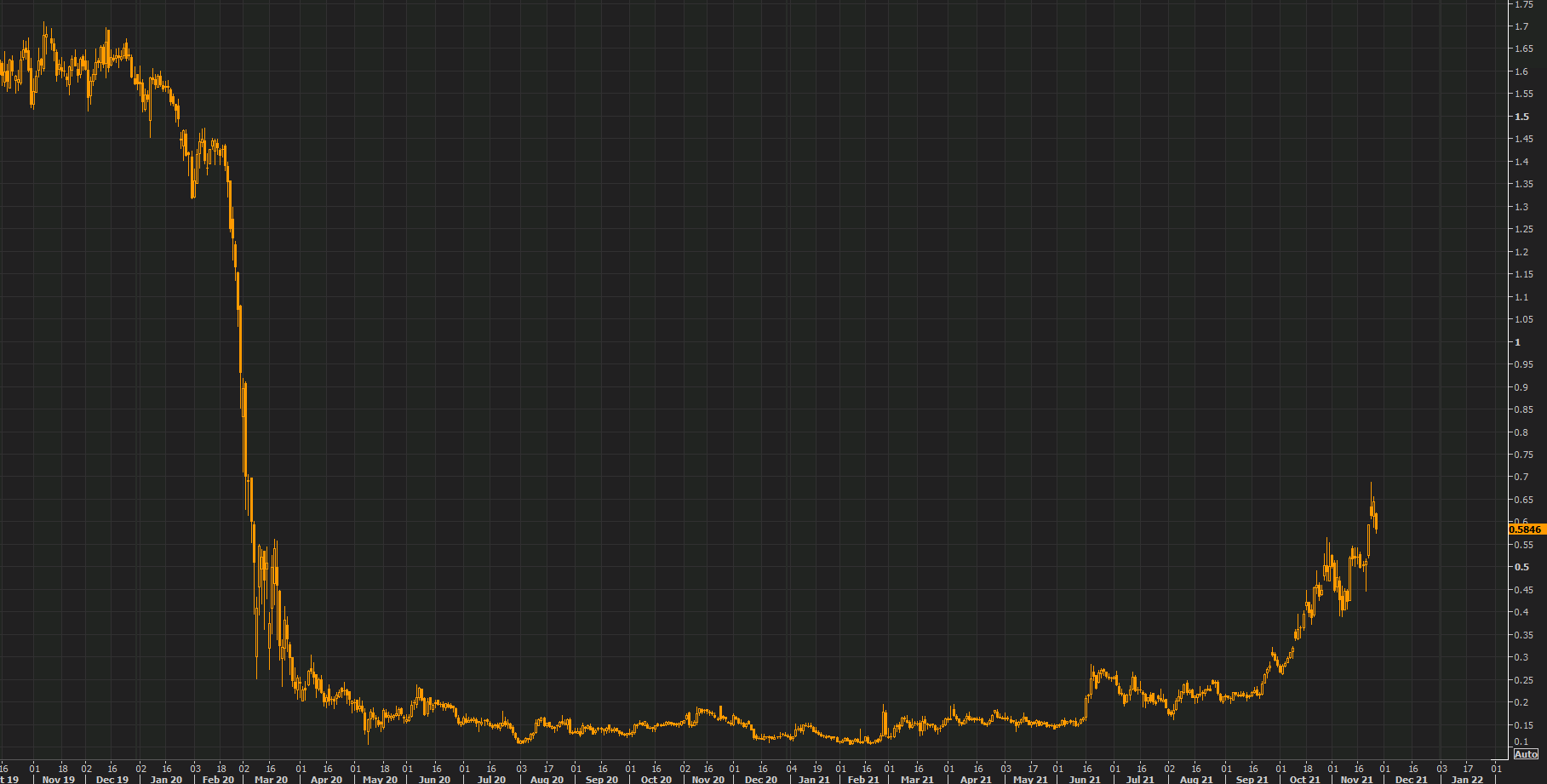 It's certainly not the worst day since March 2020 but in terms of basis points, a 6.5 drop in 2s would be the largest negative move since the earliest days of the pandemic.
The thing is, the market was just starting to warm up to the idea that despite some flare ups, the real pain of the pandemic was over. Equally, the inflation narrative has really taken hold, particularly with the shocking U-turn from the Fed's Daly this week.
The phrase 'the virus will determine what happens in the economy' is almost a cliche boilerplate in central bank communication at the moment but if the price action we're seeing today is an indication, it could get ugly in a hurry.
At the very least, I don't think the Fed can signal a faster taper in the week ahead. After Daly, I suspected there might be a top Fed official signaling something along the same lines to tee up a faster taper. At the very least, I thought we would see a stronger indication of a faster taper announcement in January in the statement. Instead, I think some of that has to be taken back.
There could be a situation where this hits demand and allows supply chains to catch up. That would scuffle the inflation fears.
But it's too soon to overthink this variant, given the very limited data so far. There's a high chance this amounts to nothing more than another dip to buy. It's just going to be tough to buy it ahead of a weekend.
Invest in yourself. See our forex education hub.