WTI settles at the highest since 2018 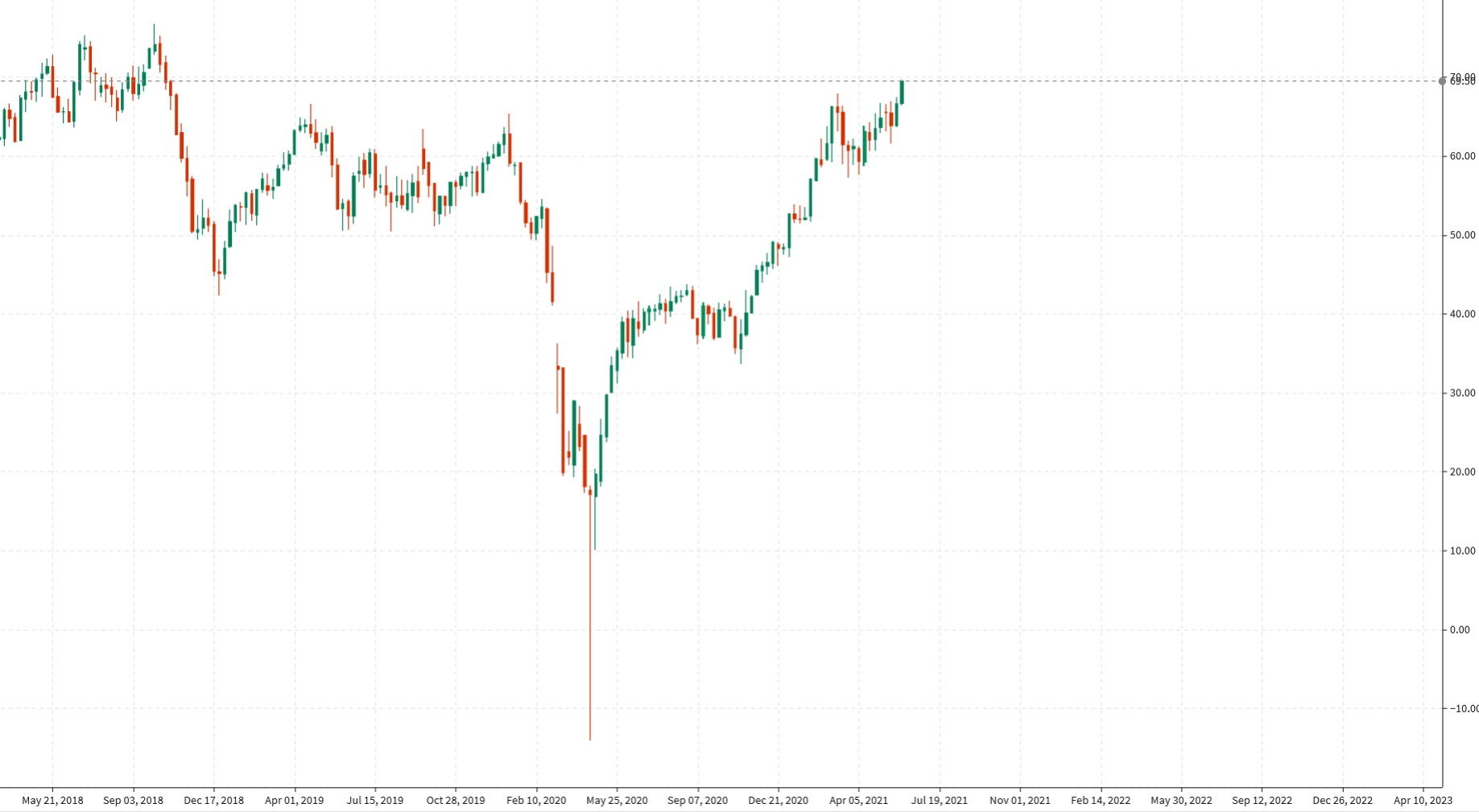 WTI settled up 81-cents to $69.62 today. That's the highest settlement since 2018 and the intraday high of $69.76 was also the highest since then.
On the week, oil gained nearly 5% despite continued concerns about coronavirus and OPEC+ offering no surprises. The tailwind appeared to be Iran with nuclear talks failing to get over the finish line. They will resume on Wednesday so there are risks ahead but they're two way. A deal is mostly priced in but there's clearly some kind of last-minute sticking point. But if they don't happen this week, they'll surely be suspended until after the June 18 election.
Politico reports:

Negotiators have produced at least 20 pages of text with various options on how to solve the remaining hurdles. Among them are a dispute over how to handle Iran's advanced centrifuges, the machines used to enrich uranium, as well a disagreement over whether inspectors have sufficient access to Iran's nuclear sites. The U.S. and European powers are also pushing to include a mention of follow-on talks that would address Iran's ballistic missile program and broader regional behavior.

Meanwhile, Iran wants guarantees the U.S. won't abandon the deal - again. The agreement has been on life support since former U.S. President Donald Trump pulled out in 2018.

How much of a barrier these disputes pose to a final agreement seems to depend on who's talking.

Enrique Mora, the European Union official overseeing the negotiations, told reporters on Wednesday he was "sure" a deal would be struck at the next round of talks, expected to start on June 10.

Ned Price, the spokesman for the U.S. State Department, said on Thursday that the U.S. was "clear-eyed about its objectives" and that "there's just about every expectation there will be subsequent rounds" beyond the upcoming sixth round, contradicting Mora's more optimistic outlook.

Goldman Sachs has an interesting take on what will happen if there is a deal. They say it will lead to higher oil prices because it will remove some uncertainty that's holding the market back.

"If that announcement comes in the next few weeks, in our view, it actually starts that bullish repricing," said Goldman senior commodity strategist Damien Courvalin.