December seasonals: Watch out in commodities, crypto, bonds and bitcoin 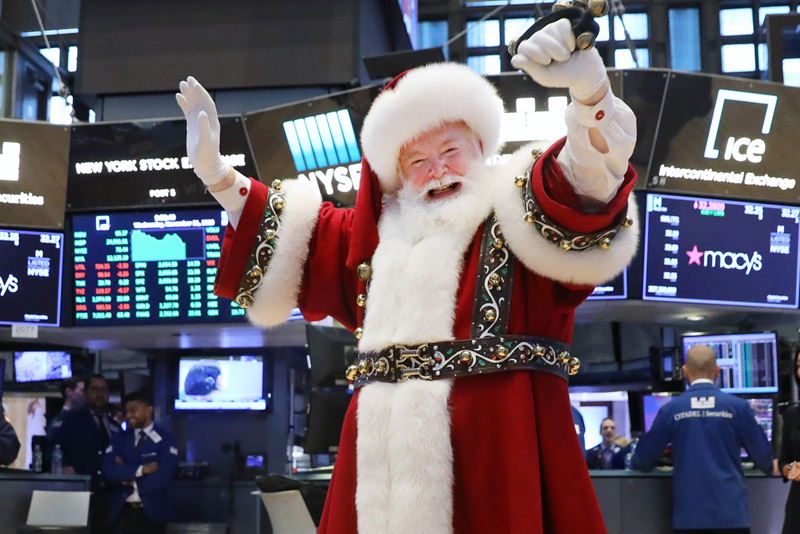 November was a month that was all about the fundamentals as the election and the vaccine sparked an incredible move in risk assets, particularly in equities.
If we flash back to a year ago in December, all the worries were about a repeat of 2018 when there was a market tantrum on Fed hike worries and mechanical problems in the rates market. That episode is long-forgotten on the commentary circuit as everyone gets bulled up for the post-vaccine era.
What to do the seasonals say? For FX, not a whole lot. EUR/USD has risen 3 years in a row but the average move in the past decade is -0.09%.
It's the second-worst month for USD/CHF and that meshes nicely with this week's commentary from MUFG. There is something to the weakness in this pair because it often flies in the face of a positive risk bid, so it's counter-intuitive.
Another one to watch is NZD/USD. It was the best performer in November and that could add to momentum in the month ahead. The average for the past decade is a 1.05% climb, making it the third-best month, it's also the second-best month for AUD/JPY.
Main highlights in December seasonals are outside of FX:
1) The gold trade 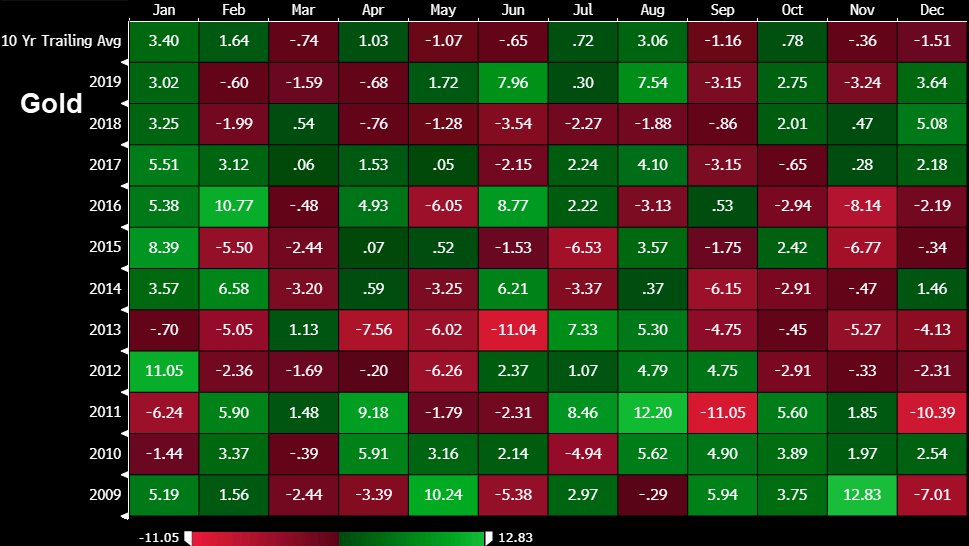 This is a trade I write about year-after-year. Gold is a great place to be in January-February in one of the strongest seasonal patterns anywhere. I've written about it year after year after year after year and it keeps delivering. Increasingly, this pattern is shifting earlier and we've now had three years in a row of December strength. That's why I favor buying gold now or on a further dip at some point during the month. Technically, today's low of $1765 was the old May high and that's something the bulls could build on. If not, buying at $1700 would be attractive.
2) Bitcoin
Another asset to watch is bitcoin. I wrote about this a week ago, highlighting that it topped in the memorable blow-off in December 2017. This year's bull market in crypto has followed much of the same seasonal trends, including the dip in Sept before the final run. Could we be setting up for a repeat? Today's break of the 2017 high augers well.
3) Bonds are weak
One of the more well-known seasonal patterns is softness in bonds into year end. The average decline in 10-year note futures is 1.2% and about half of that is generally reversed in January. The only recent exception to the trend was in 2018, in the risk rout mentioned above. As you would expect, there is some knock on for USD/JPY with the higher yields -- it's the third best month for the pair.
4) Copper climbs
December is the second-best month for copper over the past decade, narrowly trailing July. There's a bull market in copper at the moment and the December seasonals point to a continuation. One warning though: Even though the average is strong, four of the past 11 years have been negative.
5) Equities not a strong as rumored
Drink a shot of run-and-eggnog every-time you hear 'Santa Claus rally' on TV in the next month and you'll be an alcoholic by 2021. The idea originally meant a rally starting Dec 15 after the traditional end of tax loss selling but it's been bastardized to mean any rally in December. It's also led to the perception that stocks do better in December than the reality. On average, it's an average month, though the rout in 2018 makes it seem a bit worse than it is. It certainly pales in comparison to November though, which has now rallied for 9 straight years (but you wish I told you that a month ago). There is some variance in global equities with the Nikkei and FTSE 100 doing better than the US but given the Brexit risks, UK equities are hardly a seasonal trade.
6) The energy switch
The trend of seasonal weakness in oil that starts in Nov and runs through Jan has been a total bust so far but OPEC could change that tomorrow. Meanwhile, the strength in natural gas in Sept-Nov worked again but softness in natural gas that runs from now until March is set to kick off.