Cable drifts back towards the lows of the day

The pound can't get off the floor

Cable is headed for another day in the doldrums.
Reports say Labour won't support anything related to a withdrawal agreement without a Brexit deal. Meanwhile, a separate report says the ERG won't support it either.
So we're back to a completely dysfunctional UK parliament. It's yet another sign that the first rule of 21st century politics is to obstruct everything and burn it to the ground rather than working together, compromising or cooperating.
The pound has now fallen in seven of the past eight trading days and is likely to close near the lows and at a two-month low. 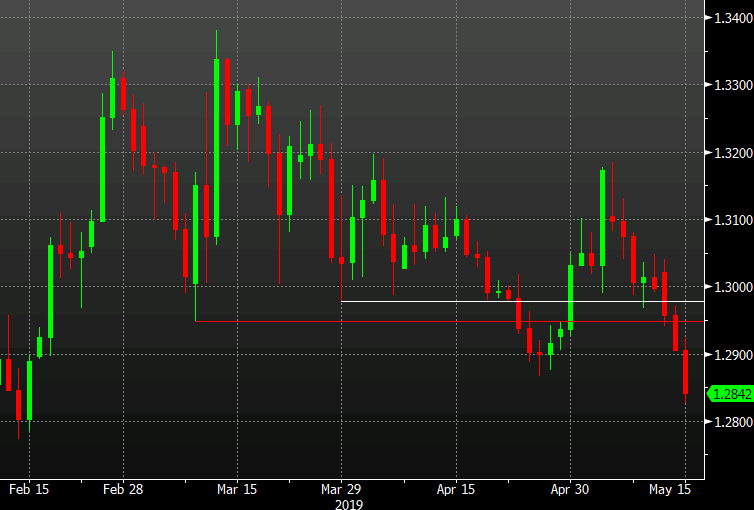 Watch out for another break lower because there isn't much support until the Feb 15 low. The intraday low was 1.2827 and we're 15 pips above at the moment after bouncing as high as 1.2880 into the London close.