Gold is flat but silver has sprung to life

Silver hits the highest since February

Gold is lower this week but silver is up nearly 3% and has broken the June and March highs.
In the big picture, this is some catch up from silver, which is still below the highs of the year. Meanwhile gold is already consolidating +5% above the February highs.
Overall, the climb in silver could still have room to run as it catches up to gold. What's underpinning them both is the expectations that a global monetary policy easing cycle is underway.
The technicals on silver look good for a test of $16.25 and a break above that would highlight the $18 area. It would take a monumental rally to get back to the $50 area from 2011. We're 2.2x away, unlike gold which would only need to rally 0.35x. 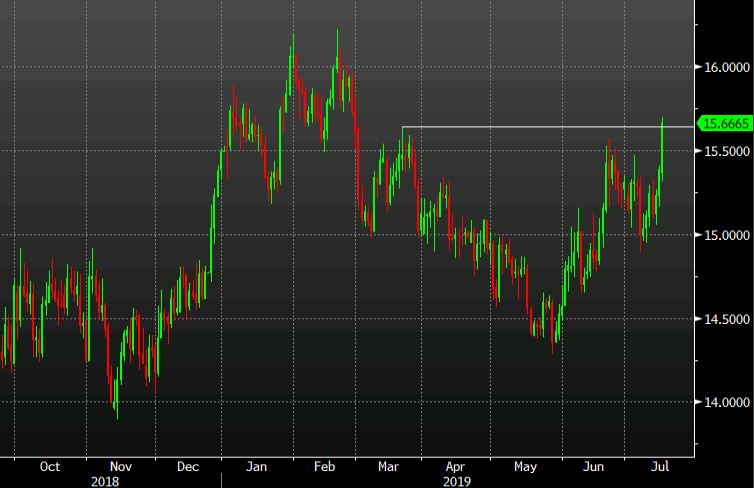