We look at seasonal patterns in markets in January and reveal three top seasonal trends for the month:

#3: Get a jump on the January gold rush 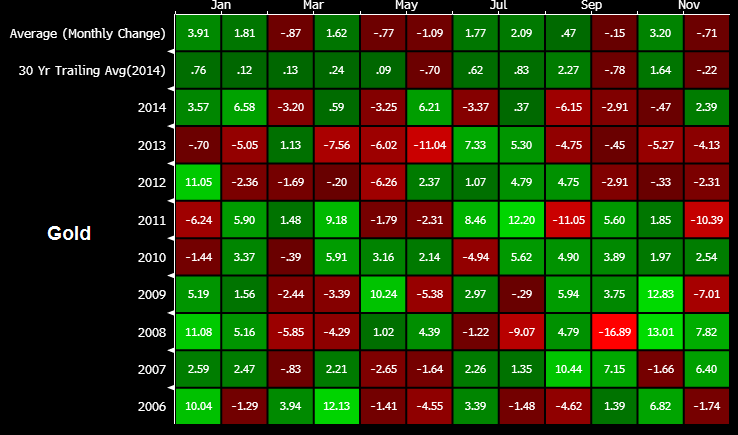 January is easily the strongest month of the year for gold over the past 10 years, averaging a 3.9% gain. That trails off a bit in the longer-term but it’s still a solid month.

The strength tends to extend into February and that was the case last year. 2014 was a middling year for gold but it was up 10% in February before it began to sag for the remainder of the year.

Gold is impressive today, up $21 to $1195 but it’s perilous to trust price action in thin markets at this time of year.

Overall, gold has held up impressively since the slump in early November despite a broadly stronger US dollar. Priced in other currencies, it was a very good year for gold and that could prompt buying, especially as customers in petro-states and emerging markets begin to fret about their economies.