The fall has now taken the price to the lower extremes going back to April 16 between 0.9121 and 0.91282.  A move below those lows should open the door for further selling in the pair.
The USD has taken a run to the downside against the major currencies as traders position ahead of the FOMC decision at 2 PM ET. All major repairs versus the USD are near the lows for the day after erasing earlier gains. 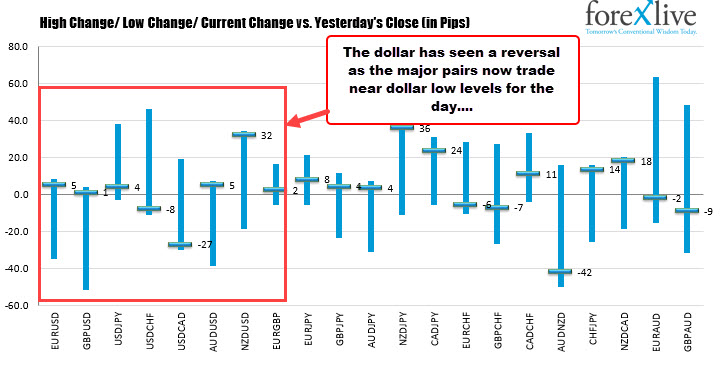