Oil bounces 3% from the session low. What's next 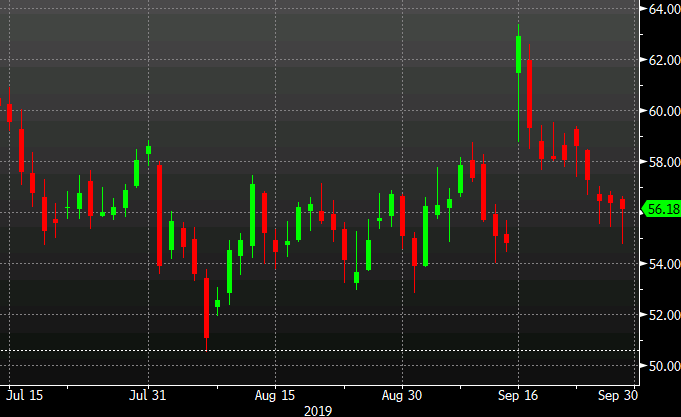 Oil closed the gap from the the Saudi Arabian attack today in what's been a two-week whirlwind. It jumped 15% to start last week but had given it all back at the low of $54.75 earlier today, largely on a Saudi cease-fire in parts of Yemen.
However it's come back to life in the past how in a quick move up to $56.18. That trims today's loss to 22-cents.
Iran has been in the headlines on some back-and-forth on meetings and sanctions. There was also a mistranslated piece that caused some confusion.
There isn't a good fundamental reason behind the rebound but technically it has some backing as the gap now looks to consolidate.