The USD is mostly lower ahead of the FOMC decision

As the North American session begins, the NZD is the strongest of the majors, while the CHF is the weakest. The USD is tilted to the downside with declines versus the GBP, JPY, AUD and NZD. It is higher vs the EUR and CHF and near unchanged vs the CAD.  The FOMC rate decision is later today at 2 PM. The Chair Powell will conduct his normal press confernce starting at 2:30 PM ET.  Before those fireworks, the US building permits and housing starts, import and export prices (at 8:30 AM ET) and the weekly oil inventory data will be released  (at 10:30 AM ET). The data near the close yesterday showed a sharper than expected drawdown of -8.5M barrels.  Canada will release their CPI data and wholesale trade sales data at 8:30 AM ET. 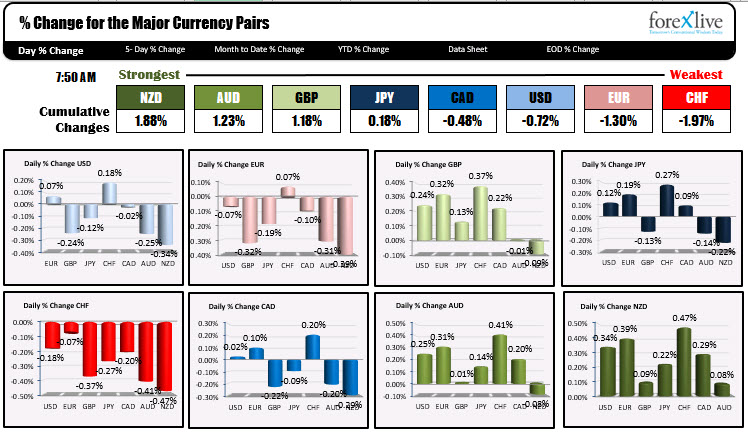 The ranges and changes are again modest as traders await the FOMC decision. The GBPUSD is the biggest mover at 46 pips. The NZDUSD is at 31 pips. The other pairs are all less than 26 pips with the USDCAD at 18 pips being the most narrow.  All are way below their 20 today averages. The major currency crosses are not much better although the EURGBP, EURGBP, EURAUD are near lows for the day to start the session. 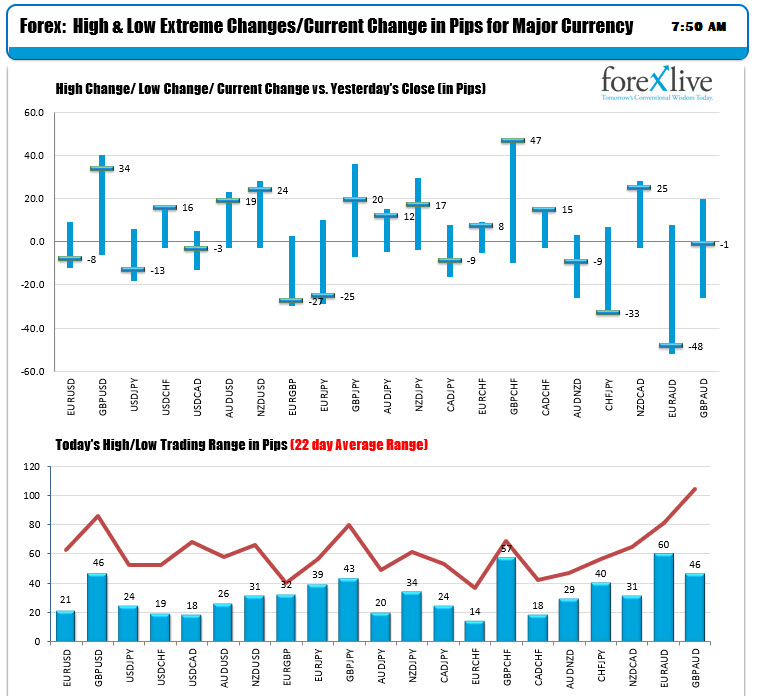 In other markets:In the premarket for US stocks, the major indices mixed with the Dow and S&P lower, the Nasdaq up marginally ahead of the FOMC decisionIn the European equity markets, the major indices are all trading near unchanged on the day (give or take 0.05%)
In the US debt market, the yields are modestly lower. The 10 year yield remains below the 1.500% level at 1.485%. The high yield was just above that level at 1.501%.

In the European debt market, the benchmark 10 year yields are lower across the board but only by a basis point or so.