The CNN report that the US would report its first case of the Wuhan coronavirus has sent the USDJPY below it's 200 hour MA at 109.919.  Technically, if the price can remain below that level, the sellers would be winning a battle.  The next target being the Wednesday low at 109.783. The 109.675 to 109.723 would be another key level to get to and through. 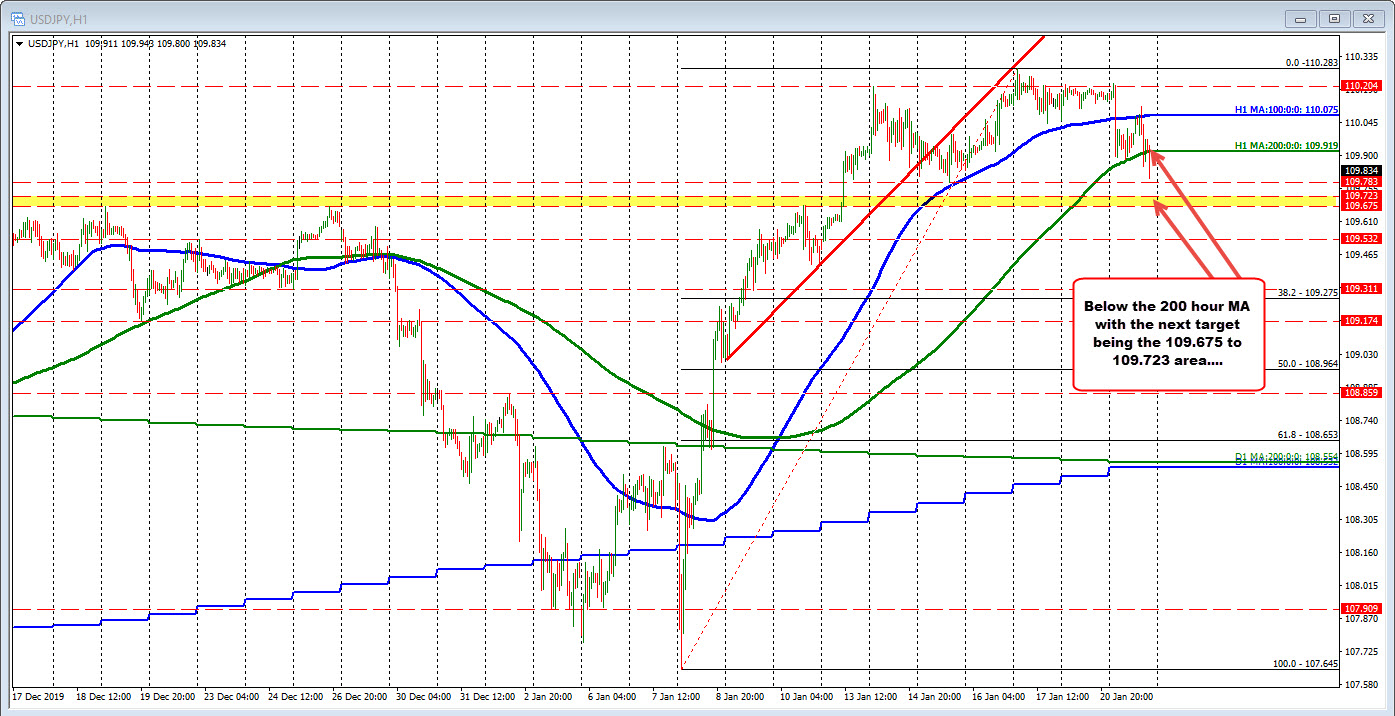 The market will trade this virus news on a headline by headline basis. Those headlines are hard to predict.   So far, 6 people have died and hundreds infected, which is not a lot. However, the scare and fear is often greater than the reality, and it is likely there will be more deaths and more hype as a result.
Does that mean you should go short pairs like the USDJPY on that expectations?  Let's put it this way, traders could have a bias to sell.  However, if selling, I would do it against a level like the 200 hour MA or the higher 100 hour MA.  Stay below and all is ok.  Move above and get out.
SARs was a 40B hit to world economy and the US stock market moved down 16% during the crisis. It was a daily story and seemed it could be on the verge of spreading like wildfire. According to the World Health Organization, during November 2002 through July 2003, a total of 8,098 people worldwide became sick with severe acute respiratory syndrome that was accompanied by either pneumonia or respiratory distress syndrome.  Of these impacted, 774 died.
From a numbers perspective, that is not a lot. However, the fear of much more was what drove the markets.
ForexLive