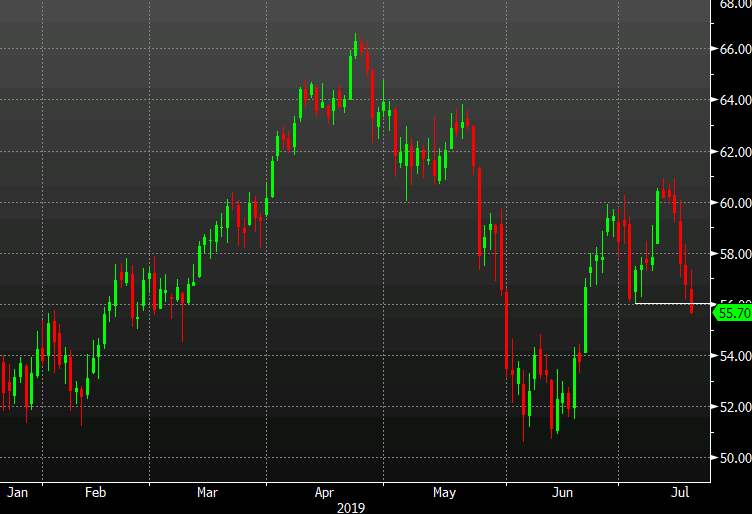 Oil is down more than a dollar in the last hour as it reversed an earlier gain.
The chart is looking increasingly negative as last week's breakout turns into a bust down below support at the July low.
Crude has fallen in four straight sessions in a +7% decline.
The latest news is that Russia's Roseft is back pumping oil at full capacity. Earlier gains came after Iran seized an oil tanker it said was smuggling 1 million liters of oil.
The bigger news is the ebb and flow on US-Iran relations. Trump and Pompeo hinted at an opening for talks earlier this week but Iran aggressively rebuffed it. Still, the market is signaling the potential for something coming together. Adding back 3.5mbpd of Iranian oil would be a major negative for crude.
ForexLive