Ripple jumps 77% in a day, passes Ethereum as second-largest cryptocurrency 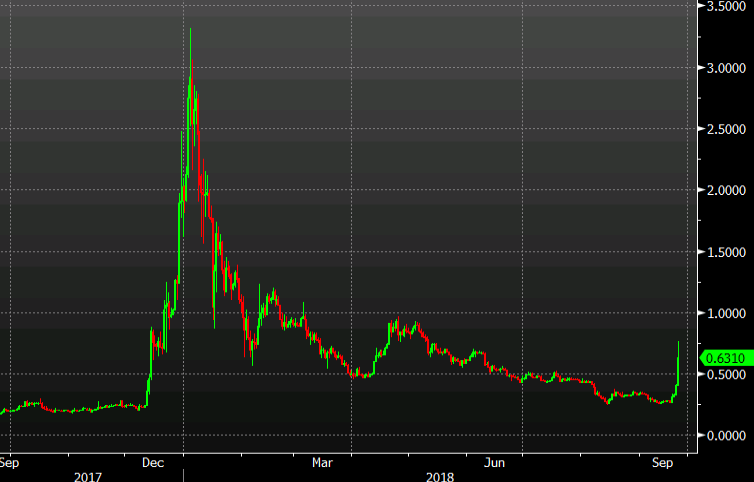 Sagar Sarbhai, head of regulatory relations for Asia-Pacific and the Middle East, was on CNBC this week and said good news was coming.

"I am very confident that in the next one month or so you will see some good news coming in where we launch the product live in production," Sarbhai said.

The company is aiming to take on the Swift system for money transfer via banks.

The market cap of Ripple is now almost $26 billion, compared to $23.5 billion for Ethereum.

The crypto space needs more evidence of real-world problem solving and Ripple is hoping to launch xRapid in the next month.

Ripple would need to rise above $2.75 to pass Bitcoin's market cap. Bitoinc is also higher by 5% today on news that US regulators had postponed another ETF decision. There were fears it would be outright rejected.