Look beyond the chart 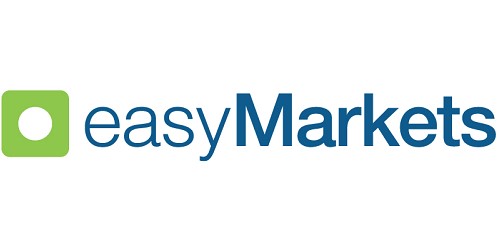 Add some news to your trading

Forex trading or any type of CFD and non-derivative trading requires an immense amount data. The stereotypical image of a trader sitting in front of a six-screen array with the Wall Street Journal and the New York Times opened on their desk, exists for a reason.

If you go into most brokerages small or large (but respectable of course we aren't talking unregulated or less-than-legal ones) you will likely see one or multiple televisions playing Bloomberg on loop. Trading requires an immense amount of data. Please excuse the repetition.

In this global economy international events can have diverse and far-reaching effects. For example, some analysts believe the Arab Spring was a result of laxed monetary policy in the U.S. A ramp up of "currency production" - caused increased commodity prices. This in turn caused prohibitive prices which cultivated discontent - resulting in the uprising.

This effect though was twofold - as the instability in one of the most oil rich regions in the World, caused the price of crude to increase also.

You can see how one effect - monetary policy or quantitative easing- can affect multiple markets some loosely correlated and on the other side of the world. The scenario I presented you to for example affected currency, energy, government bonds and index markets.

I think no better example exists of how something that normally should have no effect on the markets actually does today - Twitter. Granted it's the specific Twitter feed of one of the leaders of the free world, but none the less we have seen the markets react to a certain somebody's social media postings. It's a reality no matter how surreal it seems.

If you have time, Bloomberg designed a very interesting and interactive page, which shows the Dow Jones industrial average, during certain of Trump's tweets which mention development and the economy.

Not only are these accounts a great source of data and for the third time now: trade requires an immense amount of data, but you could even possibly extrapolate which tone the Central Bank is pointing towards - hawkish or dovish.

Financial news is better than charts

This is arguably the most contested matter in the world of trading, what is more effective at predicting market movements; technical or fundamental analysis? This study showed information taken from news sources is 56% accurate at predicting the directional movement of an underlying asset and market volatility.

While this study postulates that algorithmic trading (which has gained popularity in recent years) for the prediction of index movements, generally only works on a smaller time scale, finding an absence of correlations at large time scales and has random process consistency.

Another great example of this is the July 13th news that Theresa May intends to keep trade relationships with both the EU and the US - but is unlikely due to Brexit and U.S. sanctions on the EU. That same day, the GBP started experiencing a significant drop - due to a visit by President Trump which brought into question Brexit and it standing as an obstacle to a potential US/UK trade deal.

They are all tools

Trading with the right broker can offer not only the right tools to get a deep understanding of the market, but also conditions that are beneficial to you the trader. Fixed spreads means that even during peak volatility your spread will remain unchanged, institutional tools adapted for the retail market - such as dealCancellation which allows traders to undo losing trades.