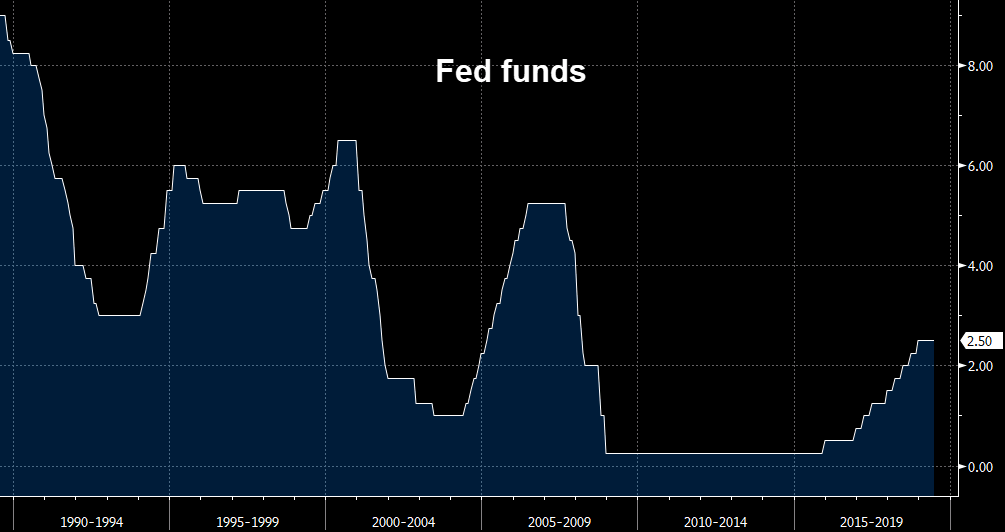 In just over a month the Federal Reserve will begin debating a rate cut. The market thinks it's already a foregone conclusion, pricing it as a 100% likelihood and the only question as to whether it will be 25 or 50 basis points.
All the market coverage in the next month will be focused on the decision but not enough of it on the longer-term.
It's grim.
There are major, unstoppable factors working against the US economy. The main one is demographics. The Baby Boomers are getting older and leaving the workforce, leaving fewer workers to carry the tax burden of the same number of people.
The second force is the deficit. The entirety of the post-crisis period of growth has come on the back of monumental deficits. In the past two years they have re-accelerated along with a huge corporate tax cut.
For the entire projection horizon, the CBO sees deficits exceeding 4% of GDP. If there's any kind of recession it will be double that. 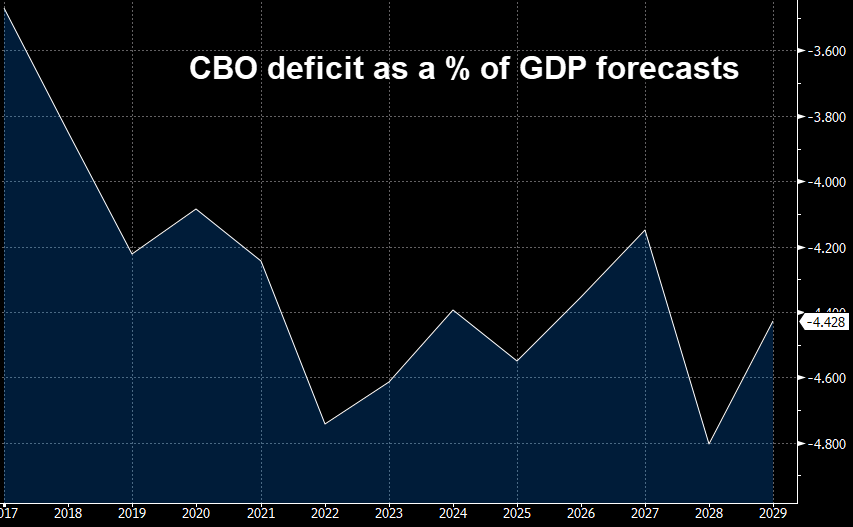 Even at the baseline, these assumptions are rosy for a few reasons. Federal spending caps could be boosted next year and current individual tax cuts are set to expire in 2025. The CBO said today that debt-to-GDP will hit 144% of GDP from 78% this year.
"The prospect of such large deficits over many years, and the high and rising debt that would result, poses substantial risks for the nation and presents policy makers with significant challenges," CBO Director Phillip Swagel said yesterday.
The good news is that bond yield are likely to be even lower than the 3.8% projected in 2029. The bad news is that entitlement spending come be much higher.
All of this is going to constrain growth in big ways for a generation. As we've seen in the past two years, even solid growth and low unemployment can't generate inflation. There's a realization at central banks that rates will have to stay low and a realization the market can't handle 5% mortgage rates.
ForexLive