The upward trendline failed to hold and the pair is now down on the day - though the range is still quite narrow: only 35 pips. 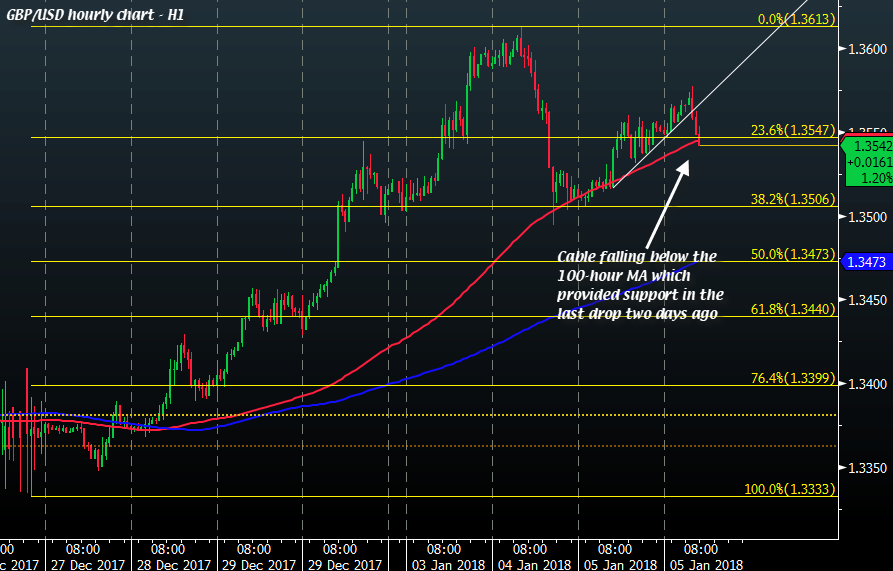 But the key here is that cable is now testing the 100-hour MA, which has been a key level for buyers to lean on for support two days ago when cable surrendered early gains into the year.
As I mentioned, stay above and buyers will still be in control; but a break below here will see a retest of the lows near 1.3500. That will be the ultimate test for cable. A further break below that opens the way for further downside momentum.
The dollar is firming up against most major pairs and has pared losses against the sterling and kiwi - while extending gains against the Japanese yen. Here's how the dollar is performing now against the major currencies bloc: