According to Bloomberg, those account for almost 69% of China's GDP last year. Notably, all the key eastern manufacturing provinces are observing an extended break period due to the coronavirus situation - including Guangdong, Shanghai and Jiangsu.
As mentioned earlier, the longer that the virus outbreak disrupts the Chinese economy, the bigger the impact it will have on the global economy as well.
This heat map drawn up also doesn't make for good reading as it shows how heavily global trade may be disrupted by China's prolonged break/self-quarantine: 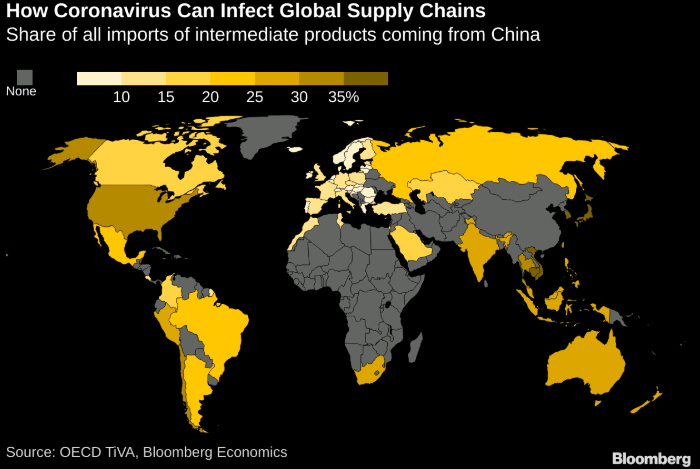 As such, even with Chinese markets returning next week, it may yet be a fight to avoid a bloodbath as the economy is nowhere near operating at full capacity until there is more clarity over the virus outbreak.
ForexLive