The Australian dollar was an early mover in the timezone, falling on the back of remarks from Reserve Bank of Australia Governor Lowe. Lowe shifted to a more dovish stance, committing again to not raising the Bank's cash rate until inflation is sustainably in the 2-3% range. Further, he gave indications that more RBA easing is to come entailing a cut to 0.1% for the cash rate, the 3 year yield target, and also likely expanded longer-term bond buying.

As noted already, the Australian dollar dropped. The market response was that further easing is imminent, with pricing now indicating a circa 75% chance of a cut at the November meeting (November 3 ... that's going to be an important date!) Analyst notes soon followed, with many tipping a Nov. 3 cut from the Bank. Its a conundrum, I didn't hear much from him indicating any sense of urgency and that November is likely. Given the priors from the RBA I'm unconvinced the November meeting will see a move. Contra what the market seems to think admittedly.

News flow was not limited to Dr. Lowe, also of note:

Apart from the notable AUD move other currencies are not too much changed. USD/JPY is up 20 or so points from earlier lows and yen crosses are higher also (AUD/JPY of course not so much). Gold slipped lower a few dollars. 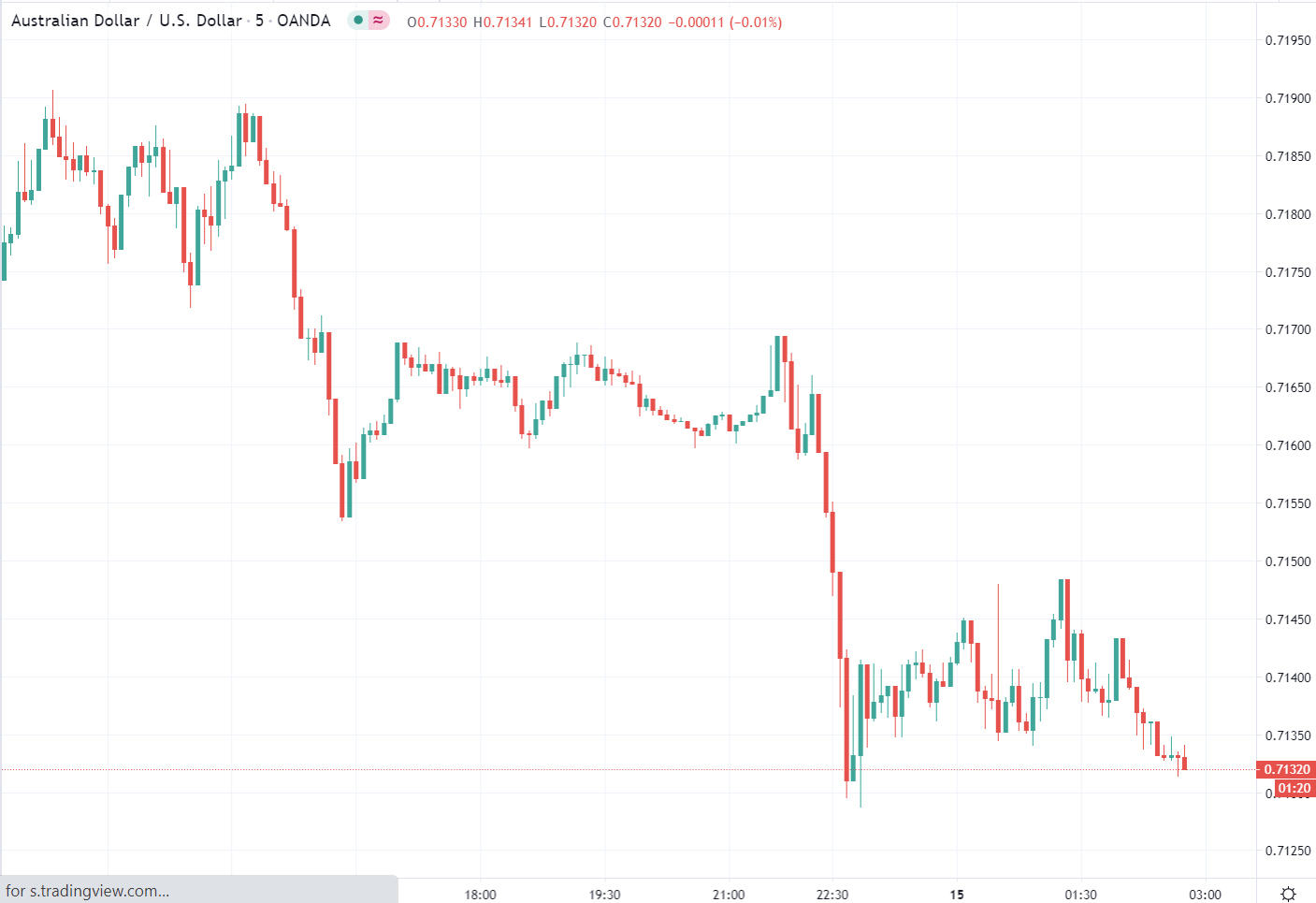