The day started off with activity after news crossed that the US administration was holding back permission for tech companies to deal with Huawei again. The reports were from unnamed sources citing retaliation for China halting purchases of US agricultural products. The forex response was AUD/JPY marked lower, ie AUD selling and yen buying, as you would expect on these sorts of indications of no lessening in US-China tensions.  The offshore yuan weakened also.

After the initial drop for AUD/JPY it stabilised and has spent the session here recovering. 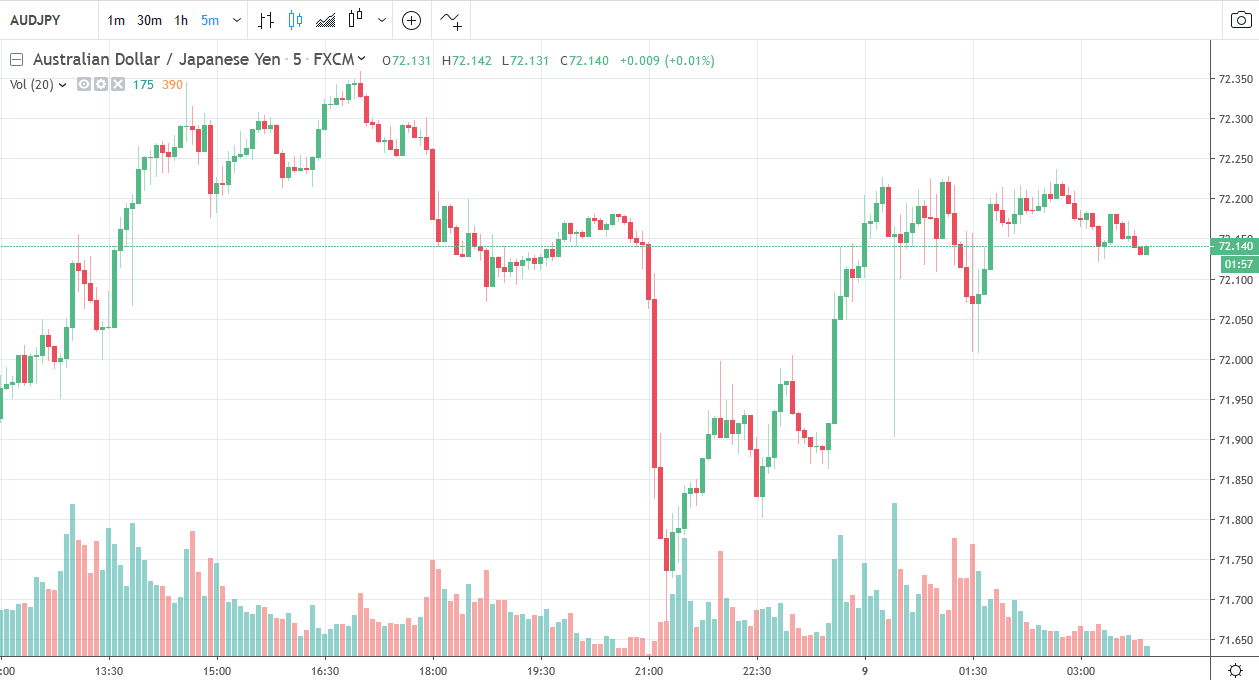 Other news of note was Reserve Bank of Australia Governor testimony to parliament (committee) in which he reiterated recent RBA themes. Check the bullets above for more but there was nothing really fresh in his comments. While he was speaking the RBA issued their latest Statement on Monetary Policy (SoMP)  with downgrades to forecasts ... but with a still optimistic take despite this.

AUD, as I alluded to, recovered some of its earlier losses throughout the session and as I update is barely changed from late US levels.

Japanese GDP data for Q2 (preliminary) came in at a solid beat indeed. Despite the positive signs on the economy (to the extent the results were so much above expectations) the inflation indicator in the figures, at 0.3% y/y, will be another disappointment for the BOJ. They're accustomed to that though.

China developments today centred on CPI and PPI data. The CPI is edging up but PPI fell into negative territory y/y, which does not augur well for business profitability. A higher CPI will give the PBOC pause for thought over any loosening policies. As a counter to this much of the driving influence for the higher CPI is transitory (or so we're told), which alongside such a weak PPI read is indicative of continued PBOC easing.

Of course the onshore yuan mid-rate setting was a focus again. And, like Thursday, today it came in weak (for the CNY, highest USD/CNY for the week) but not as weak as was expected. The PBOC is letting the yuan go, but not overly quickly.

EUR, GBP, CAD confined to tight ranges. NZD managed to eke out a gain of a few points.