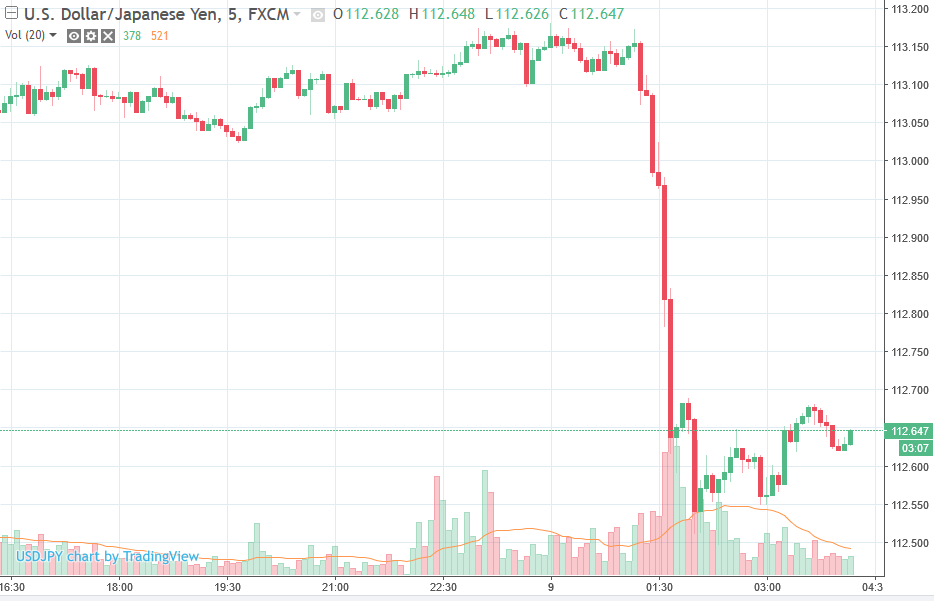 The Bank of Japan scaled back its purchases of long-dated JGBs at their scheduled buying operation today, which will act as a boost to longer dated Japan yields (and diminish the spread to the US)

The action from the BOJ also increased talk of 'tapering', though the Bank, through its actions (not its words, the 80tln JGB buy target remains as policy even though it is irrelevant and ignored) and ForexLive (over the course of many posts) have been warning of this for a long time now.

The response from the yen was not swift but it did come, USD/JPY and yen crosses all slid lower. The decline in USD/JPY was added to by stop loss sellers below 112.90 and then further below 112.70.

Earlier in the session we had some movement from the Australian dollar. It traded higher in the wake of a huge surprise beat for building permits (see bullets above).

The big gains were attributed to high rise approvals, which are notoriously volatile ('lumpy') so the expectation of an unwind to come in months ahead did serve to limit the gains somewhat. NZD/USD is little changed after a minor wobble or two,

EUR and CHF are both little changed with not fresh leads for these. Cable has net ticked a few points to the better on the session.