France confirms fourth case of coronavirus (and a worrisome chart) 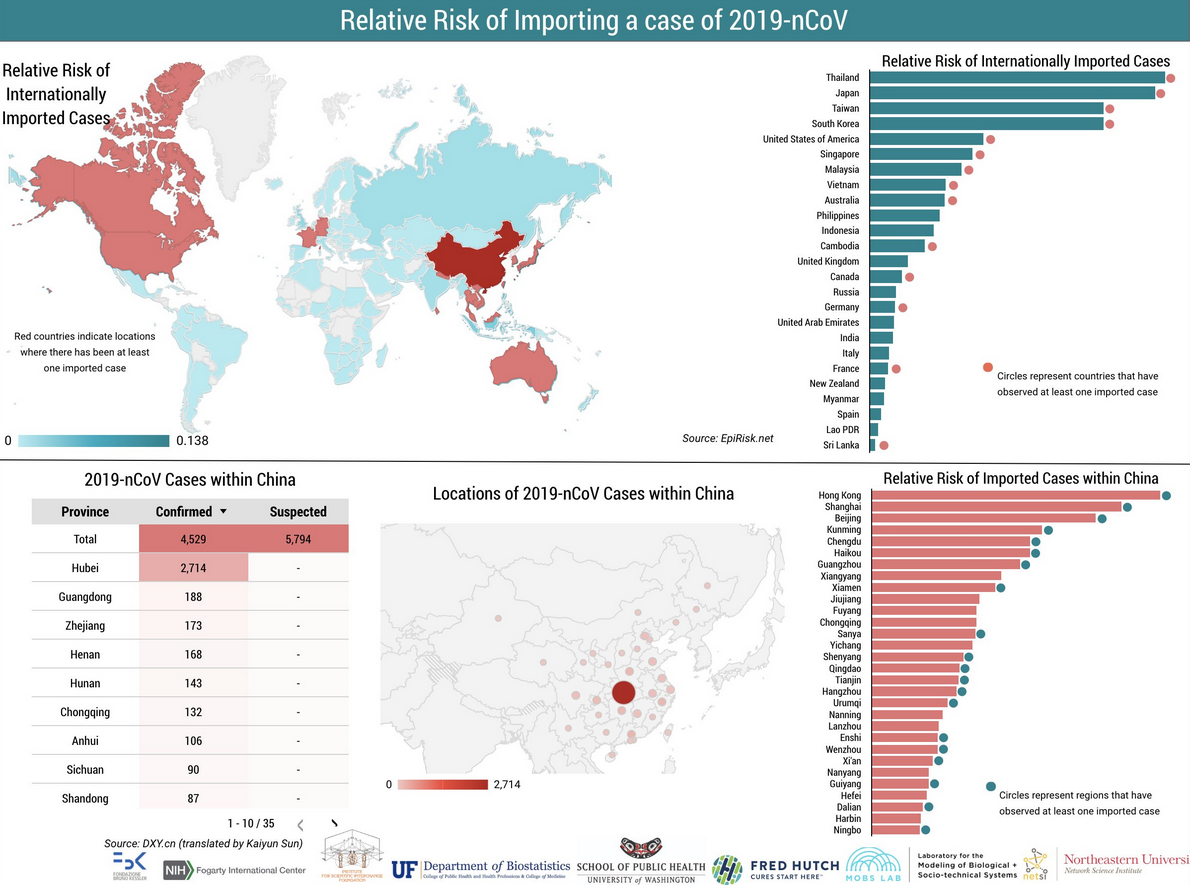 I find models about the transmission of the virus fascinating. You can take typical Chinese travel patterns and estimate where the virus should be prevalent.
Thailand is an enormously popular Chinese tourist destination and there are 8 confirmed cases there, more than anywhere else. That's a good sign that Thailand is doing proper screening, monitoring and treatment.
What's more worrisome is places where it should be showing up, but isn't. Looking at this chart, Indonesia and the Philippines are prime spots where there should be cases, but aren't.
The Jakarta Post is raising the alarm.

Indonesian authorities are deemed as maintaining business as usual while other countries have implemented extreme measures to contain the virus. In China, at least 10 cities have been sealed off, including Wuhan, ground zero of the virus.

An Indonesian who was studying in Wuhan and recently returned to Jakarta, said airport authorities did not take extra measures to examine passengers arriving from the city where the deadly virus first emerged.

Along the same lines, there are cities in China that should almost-certainly be reporting cases but they aren't.

The was most people are thinking about this virus is the risk of transmission from China to wherever they are. Perhaps a more-likely scenario is that we get a breakout in a second, third or fourth country and it spreads from there. It's especially worrisome with cases appearing in less-developed countries like Sri Lanka and Cote D'Ivoire.