Further details as provided by Bloomberg 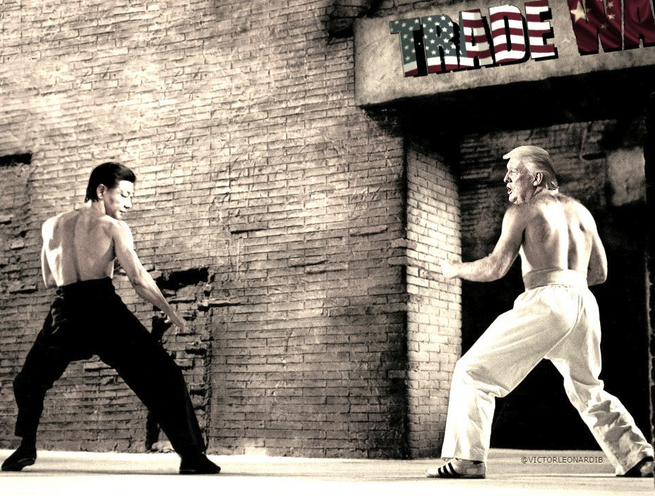 This is in relation to the headline that came out a couple of hours ago here. The report is saying that Trump has asked key Cabinet secretaries to have their staff draw up a potential deal to signal a ceasefire in an escalating trade conflict with China. Bloomberg is citing four people familiar with the matter and they say that Trump wants to reach an agreement on trade with Xi at the G-20 Summit later this month.
They also add that the push for a deal comes after the phone call yesterday with Xi, in which we all know was said to have been 'quite positive'. The sources cited by Bloomberg also say that multiple agencies are involved in the drafting of the plan here but it is still unclear if Trump is actually easing up on US demands that China has so far resisted.
I'm still not buying into the story just yet as this seems like a ruse to get risk and equities to bounce in what can be construed as window dressing ahead of the elections next week. There still isn't any concrete details on how to narrow the differences between the two nations at this juncture but any communication at this point (after talks have stalled for so long) will be taken by markets as good nonetheless.
There will still be much work and obstacles to overcome to reach a resolution and it won't be as straightforward as just signing off on a deal. I'm still a little skeptical and the bounce in risk trades here could easily just fizzle once the rhetoric dies down following the elections as we are severely lacking details on how to bridge the gap still.
China's acknowledgement earlier was a good sign but they provided nothing more and that in itself is quite telling that we should proceed with cautious optimism rather than take off with fluttering giddiness.
There is no doubt risk trades will get a relief (and more in the days to come) out of the headlines here but the lack of significant details is something that raises the risk of optimism being flushed out by the time Trump and Xi meet in Argentina at the end of the month.
ForexLive