Preview: Friday is a huge day technically and fundamentally for USD/CAD

Canadian employment and GDP numbers due

Friday will be a rare event -- Canadian jobs data is released before the US non-farm payrolls report. That will give the Canadian side of USD/CAD the opportunity to hog the spotlight. In addition, the first look at Q3 GDP is due.

Current account numbers put a slight upward bias into the GDP report. The consensus is 1.6%, annualized, but estimates range from 1.2% to 1.9%.

Both reports will have a significant impact on the loonie.

Technically, USD/CAD is fractionally below the October high of 1.2917. A break above could trip stops and clear the way back above 1.30. 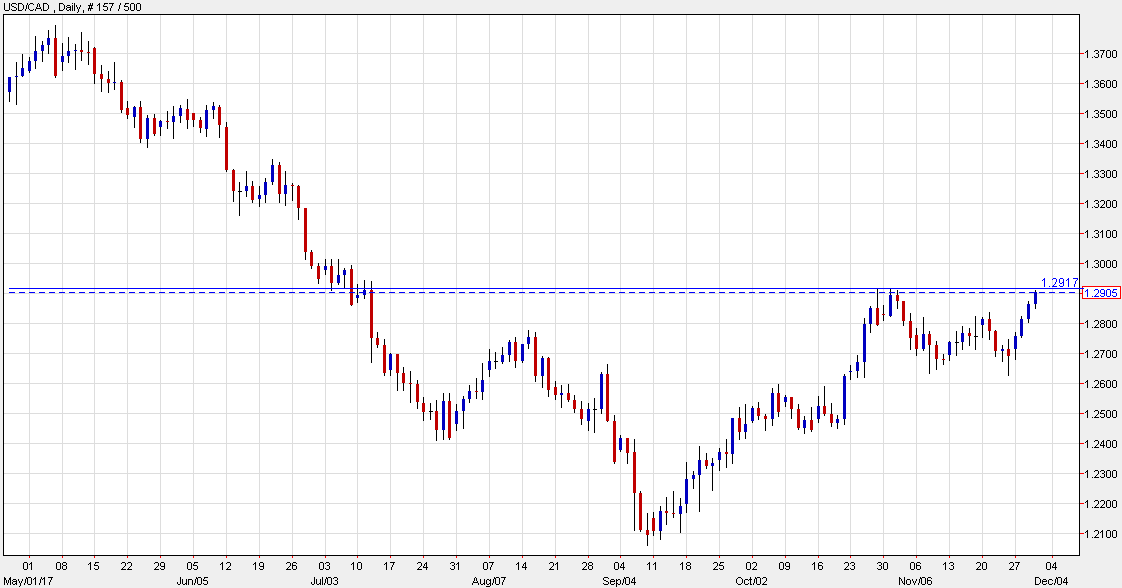 If the data is weak, it will guarantee the BOC stays on the sidelines at the December 6 meeting and means a high likelihood they will signal a wait-and-see stance for the next few months.

Looking at spreads, US-Canadian 2-years are now back to June levels. That previously corresponded with +1.30 in USD/CAD.

In addition, there is uncertainty around NAFTA and new Canadian housing rules to kick in January 1.

The driving force, however, will be central banks and they will be responding to the upcoming data.