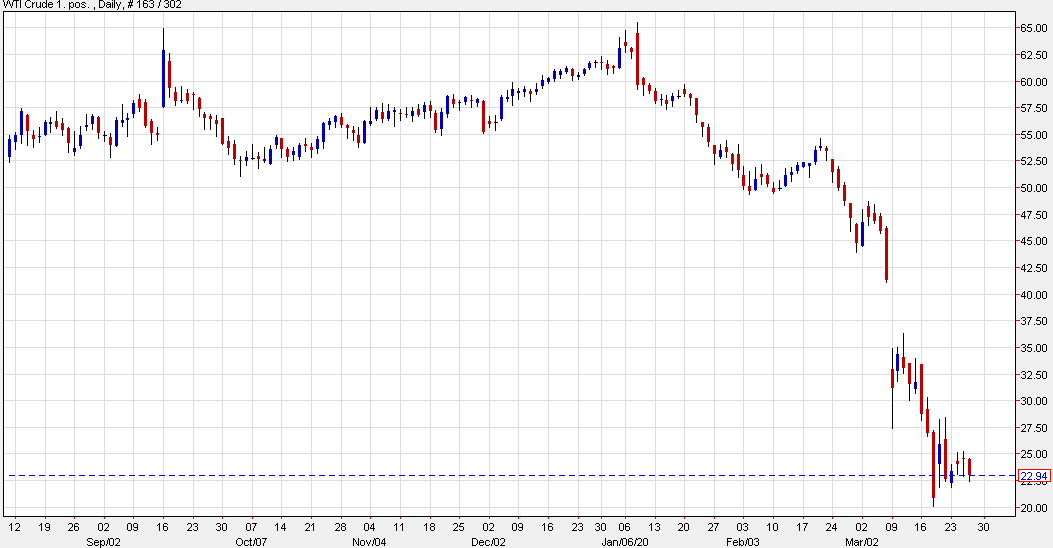 Six US Senators signed a letter addressed to Secretary of State Mike Pompeo saying Saudi Arabia and Russia "have embarked upon economic warfare against the United States" over oil.
The problem with this line of thinking is simple: US shale can't turn a profit with $60 oil. No one made money last year. You can't fight the laws of economics. So you either need to blockade the rest of the world and charge US refiners and consumers more for crude, or let the market weed out the weak US players who can't compete.
The letter proposes some kind of US-Saudi alliance:

The Kingdom should partner with the United States on strategic energy infrastructure projects across the Indo-Pacific region and in the Americas. Riyadh should leave the antique OPEC cartel immediately and join the United States on the global stage as a free market energy powerhouse.

So you want them to leave one cartel and join another?
Probably the only important part of the letter is this:

We are reminded of the levers of statecraft the Administration is empowered to exercise. From tariffs and other trade restrictions to investigations, safeguard actions, sanctions, and much else, the American people are not without recourse.

Basically, the message is this: Do something to push up oil prices or else.
Read it here.
Meanwhile, there are headlines crossing now that the US Energy Department says it has funds for a potential purchase of oil for the strategic petroleum reserve and is working with Congress on the details. That directly contrasts an earlier headline from today that said they were withdrawing the tender.
WTI is at $22.68, down 7.3% on the day.