The private API inventory is out for the current week. Crude has a large draw

Private API data is out as per Zerohedge

The API inventory data is out for the current week and it is showing that crude stocks had a large draw, but Gasoline and Distillates are showing a large add to inventories.
As per a twitter feed from Zerohedge:

Tomorrow the DOE will release there inventory numbers. Below are the expectations as per Bloomberg.  Needless to say numbers from the API, are off the estimates.

Crude oil initially moved higher but has since moved back down and trades around $57.48 (the high reached $57.78 on the initial spike higher). That price is near unchanged levels on the trading day. 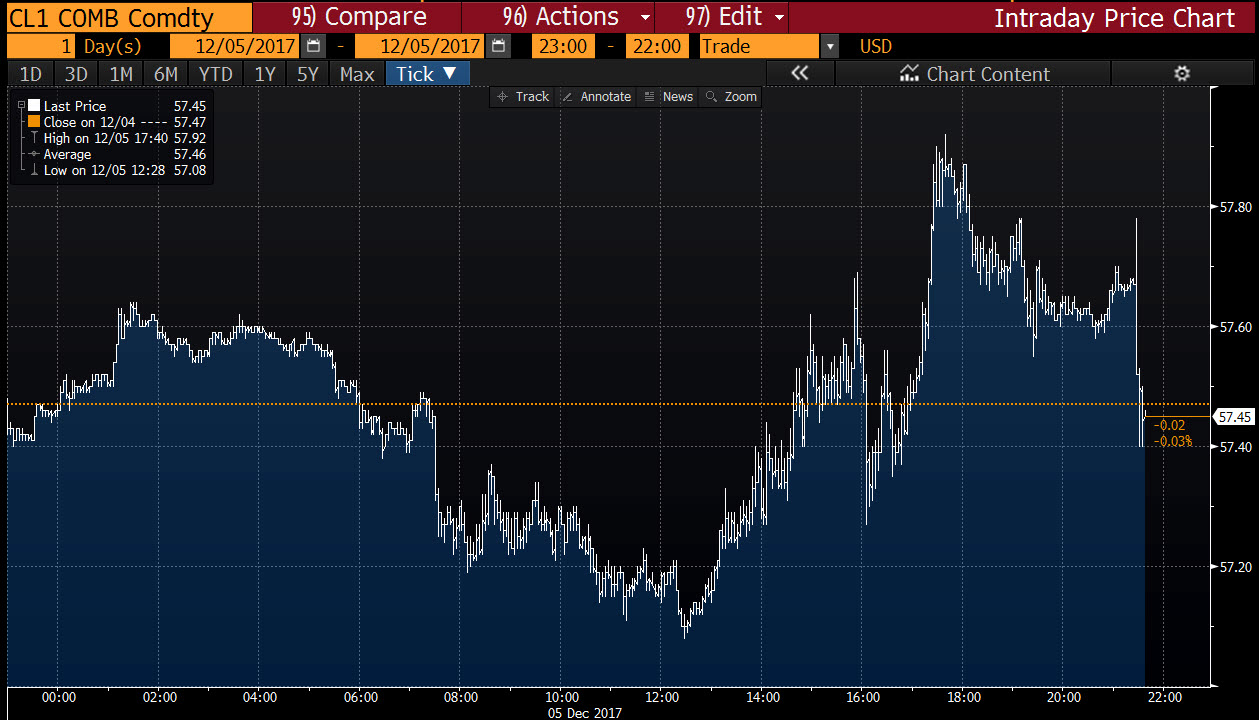