USD/CAD climbs back above 1.26

US stocks remain near the highs but Treasury yields are tilting lower and commodity currencies are softening. That may be worries about covid but could also be the standard ebb and flow after a strong rebound in risk trades following Monday's rout. 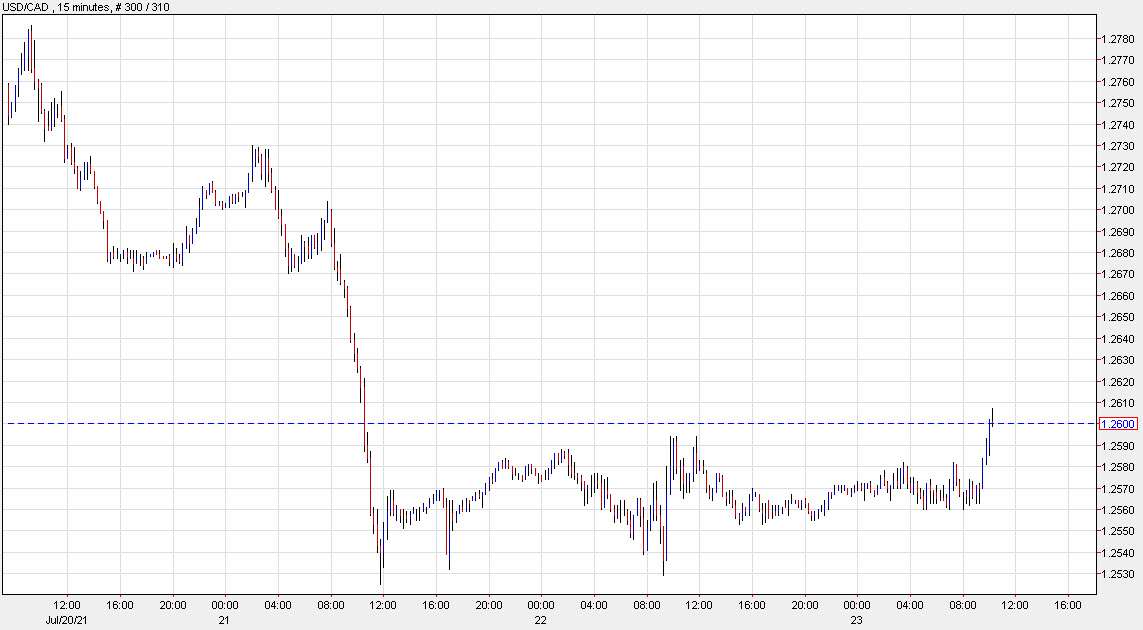 The Canadian retail sales report released today was generally stronger than anticipated so it's not behind the selling.
From CIBC:

It was another rough month for Canadian retailers in May, but the reopening that began in early June saw sales sharply rebound. While the data for May weren't as bad as feared, the shutdowns, which were necessary to combat the third wave, clearly took a toll on retailers in April and May. The return of in-person non-essential shopping in June across many parts of the country does, however, seem to have provided respite for many of the most affected retailers.

The oil market is a bit sluggish today but is down just 0.3% while natural gas remains on fire, above $4.00.
Technically, the chart above isn't a great look. We're into the 'gap' from Wednesday so we might see more back and fill.
I'm keeping a close eye on Treasury yields, which failed at 1.31% for the second day. They're down to 1.283% at the moment.